U.N. peacekeepers record details of weapons recovered from the Democratic Forces for the Liberation of Rwanda militants after their surrender in Kateku, a small town in the eastern region of the Democratic Republic of Congo on May 30, 2014.
Kenny Katombe — Reuters
By Melissa Hellmann

In a meeting in Angola on Wednesday, foreign ministers from African nations announced a six-month suspension of military intervention to allow the dissident Rwandan group, the Democratic Forces for the Liberation of Rwanda (FDLR), to disarm and end years of fighting in the Democratic Republic of Congo.

The FDLR, a rebel group that opposes the Rwandan government and is based along Congo’s eastern border, includes members who initiated the 1994 Rwandan genocide. The rebel group has been accused of massacring civilians in Congo for nearly two decades. The Rwandan military has also regularly entered Congo to fight the rebel group, causing additional turmoil in the country.

Although the FDLR agreed to disarm and engage in dialogue on May 30, it is estimated that only about 200 out of around 1,500 rebels have put down their weapons. U.N. officials said in a report on Thursday that the FDLR was continuing to train new recruits despite promises of peace.

Angola’s Foreign Minister Georges Chikoti told the Angola Press News Agency that the rebel group’s efforts would be reassessed in three months. “The results of this surrender (of FDLR arms) are not sufficient,” he said. Lambert Mende, Congo’s government spokesman, said the army was prepared to continue military operations if the rebels did not honor the disarmament agreement.

Rwandan officials are meanwhile angered that the FDLR has continued to be admitted to international talks as a separatist group — representatives were recently at a conference in Rome with U.N. officials. “I am completely bored and disgusted by this (rebel) problem,” Rwandan President Paul Kagame said at a news conference on Tuesday, Reuters reports.

Although over 25,000 members have left the FDLR since 2002, the group has maintained stable numbers over the past few years. If the disarmament and demobilization of the FDLR is successful, it could allow Congo — a country rich in gold, copper and diamonds — to regain much needed stability. 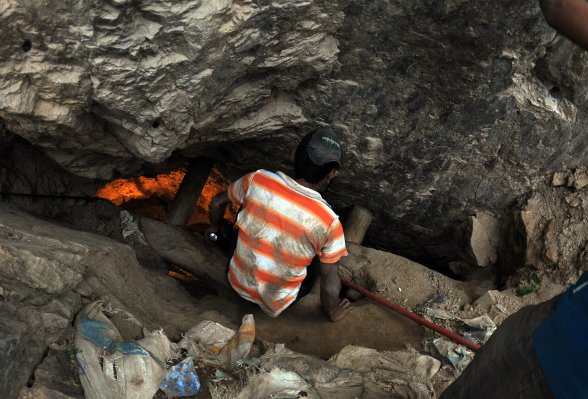