What Happened to the Big Fourth of July Blockbuster?

What could be more American than a typical July 4 holiday — the backyard party, the fireworks and then a big movie with lots more pyrotechnics and an engaging star? That was the tradition a decade or two ago, when Will Smith would often front a family-friendly action film. From the 1996 alien-invasion smash Independence Day through Men in Black in 1997 and its 2002 sequel up to the 2008 Hancock, the Fresh Prince was a founding father of explosive entertainment.

This year America’s tentpole holiday is more like Arbor Day. The only new releases of any note were the Melissa McCarthy comedy Tammy and a low-budget sci-fi film, Earth to Echo. Many moviegoers may be catching up with Transformers: Age of Extinction, last week’s hit — but in terms of pop-cultural impact, this July 4 is Indifference Day.

One reason is that there aren’t many stars like Will Smith these days. Including Will Smith. MIB 3 in 2012 was the lowest-grossing film of the Men in Black series, and After Earth, Smith’s daddy-day-care fantasy effort with his son Jaden, flopped ignominiously. The big recent July 4 hits — The Amazing Spider-Man, The Twilight Saga: Eclipse, Despicable Me 2 and the first three Transformers movies — flourished on their franchise familiarity, not their star quality. Unless, that is, you once considered the Transformers lead, Shia LaBeouf, a marquee lure. And even LaBeouf no longer calls himself a star. He appeared at this year’s Berlin Film Festival with a paper bag on his head. It read, “I am not famous anymore.”

Mark Wahlberg, who replaces LaBeouf in Age of Extinction, is famous — a working-class star — and two years ago he helped the R-rated comedy Ted to an Independence-week bonanza. McCarthy is trying to prove her comedy clout as a first-time top-billed attraction with the calamitous Tammy, which she co-wrote with her director (and husband), Ben Falcone. Will audiences find that it has the allure of McCarthy’s The Heat? Or will it be another vanity-film commercial failure like After Earth?

And Earth to Echo — why is that tiny film opening this week? The trailers promise a found-footage retake on E.T., with kids finding a cute alien that looks like Bubo from Clash of the Titans.

So this year’s July 4 film fireworks may well be a rainout. The only hope for fans of star-vehicle action films is the rumor that Smith is to star in Hancock 2 — perhaps for Independence Day 2015? 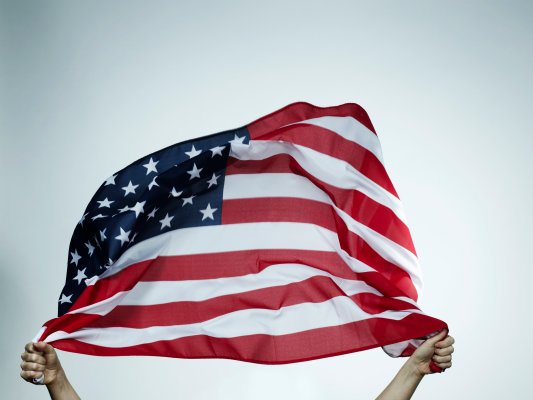 Top 10 Movies to Watch to Remind You How Great America Is
Next Up: Editor's Pick