Here's What Competitive Eating Does to Your Body

Chestnut is now 30 years old and weighs 230 pounds—not an especially large man. In fact, many serious competitive eaters appear to be relatively thin and healthy.

So how do they eat that many hot dogs and stay healthy? And is it safe?

Not much research has been done about competitive eating. But several doctors from the University of Pennsylvania did an experiment for a National Geographic special, the results of which were published in the Journal of Roentgenology. They wanted to find out what happened to competitive eaters’ stomachs, so they compared two men: one champion eater and one non-competitive-eating man—the control—who simply had a “healthy appetite.”

The men were asked to consume as many hot dogs as they could in 12 minutes. The researchers noted that after eating the hot dogs, the competitive eater’s stomach “appeared as a massively distended, food-filled sac occupying most of the upper abdomen.” There was also “little or no gastric peristalsis,” the squeezing motion that normally helps the stomach break down food.

Marc Levine, one of the study’s authors and a gastrointestinal radiologist the University of Pennsylvania, said he was amazed by the amount of food that fit in the speed eater’s stomach.

“This was not some inherent skill he had since he was a child,” says Levine. “For many months, he would practice by eating larger and larger volumes of food. … He was able to overcome the satiety reflex, and once he did that, the stomach overcame the peristalsis activity so it was able to accept an unlimited amount of food.”

The satiety reflex is what people experience when they eat enough food to trigger the neural pathways in the brain that tell the body it is full. It’s also what triggers people to vomit.

Major League Eating—the world body that oversees all professional eating contests—places a high priority on safety, according to MLE chair George Shea. Emergency medical technicians are present at all official contests and there’s safety page on its website.

“We discourage anyone doing contests without emergency medical technicians,” says George Shea, chair of MLE. “We keep the duration of the contest short. It’s in the sweet spot so they’re not stuffing their faces too much but not going too long.”

While Shea says he doesn’t know of anyone who’s ever choked during an official eating competition, other competitive eating injuries have been recorded.

And while no one knows exactly how stretching their stomachs will affect competitive eaters years down the line, Levine and his team predicted some scary consequences.

If the stomach stretches enough that it can’t get back to its original size, they predict this could potentially cause “intractable nausea and vomiting, necessitating a partial or total gastrectomy to relieve their symptoms and restore their ability to eat.”

But at least for now the champions are trained to avoid getting sick. For other people, Shea has this advice: “Don’t try this at home.” 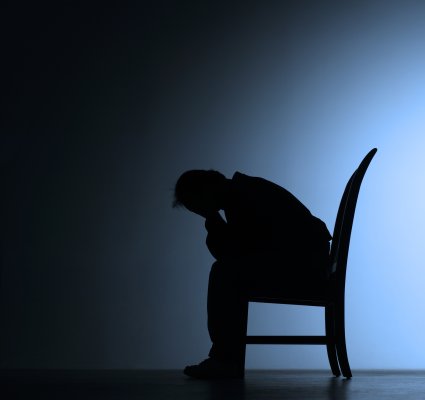