Why Statins Could Be the Next Treatment for Breast Cancer

Cholesterol and cancer may not seem to have much in common, but scientists are increasingly seeing some intriguing connections between the two. In the latest study on the topic, presented at the Frontiers in Cardiovascular Biology in Barcelona, Spain, researchers report on preliminary but strong evidence that women with high cholesterol levels had a 1.6 times greater risk of developing breast cancer over 14 years than women with lower levels.

While the association doesn’t prove that cholesterol can cause breast cancer, the strength of the study comes from its numbers – the data emerged from 664,000 women enrolled in an ongoing study in the UK.

MORE: The Serious Heart Risks That Come With Chemo

Earlier studies have suggested that obesity may be tied to an increased risk of breast cancer, but more recent trials raised the possibility that cholesterol was the driving factor in this correlation – animal studies found, for example, that lowering cholesterol can inhibit tumor cell growth.

So Dr. Rahul Potluri, from Aston University in the UK, decided to investigate the relationship with the database he had established known as the Algorithm for Comorbidities, Associations Length of Stay and Mortality (ACALM) study, focusing on a subset of data from among 1.2 million women in the UK between 2000 and 2013. And indeed, those whose records showed cholesterol levels of 200mg/dL or more were more likely to develop breast cancer. (In the U.S., recent changes to cholesterol guidelines by the American Heart Association and the American College of Cardiology mean that doctors no longer focus on target cholesterol levels but include cholesterol as part of a heart disease risk calculation that includes age, smoking history, blood pressure and diabetes. In previous guidelines, levels between 200mg/dL and 239 mg/dL were considered borderline high.)

“It’s a starting point for looking at the relationship in human populations,” says Potluri, who is cautious about overstating what the correlation means. He says that the database did not include information on medications, for example, so he and his colleagues could not adjust for other factors that could explain the association, such as whether the women smoked, or their exposure to other things that could increase their risk for breast cancer.

Still, says Dr. Clifford Hudis, chief of the breast cancer medicine service at Memorial Sloan Kettering Cancer Center who was not involved in the study, “I think this is an important observation. It’s interesting when a big study like this supports some evolving basic science.”

Hudis suspects that the explanation for how cholesterol is involved in breast cancer – or potentially in other types of cancers – may be quite complex, and certainly requires deeper investigation. His own work, for example, explores how obesity and its related metabolic syndrome, which involves resistance to the effects of insulin and low levels of inflammation, could be activating some tumor triggers in breast tissue. Cholesterol is also part of the body’s steroid hormone pathways, which can play a role in certain cancers.

“The problem of obesity is going to have profound public health repercussions,” says Hudis; these results are just another reminder of how insidious the health effects of obesity can be. 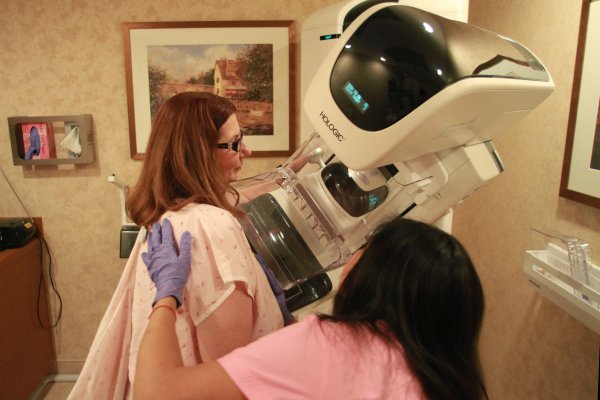