10 States That Drink the Most Beer

In recent years, Americans have increasingly moved away from beer consumption in favor of wines and spirits. U.S. beer consumption fell slightly from 28.3 gallons per drinking-aged adult in 2012 to 27.6 gallons last year.

Despite declining across the United States overall, beer consumption remains quite high in some states. According to a recent study from Beer Marketer’s Insights, a brewing industry trade publisher, North Dakota residents consumed 43.3 gallons of beer per drinking-age adult in 2013, the most of any state. This was more than double the 19.6 gallons per legal age adult consumed in Utah, which drank the least beer. Based on figures from Beer Marketer’s Insights, these are the states that drink the most beer.

Consuming excessive amounts of alcohol is associated with a range of health problems. One in 10 deaths among working age adults in the United States is due to excessive drinking, according to figures recently released by the Centers for Disease Control and Prevention (CDC).

According to Mandy Stahre, a co-author on the CDC’s study and an epidemiologist with the Washington State Department of Health, health outcomes such as alcohol attributable death rates are influenced by a number of factors, not only drinking patterns. “The number and the enforcement of alcohol control policies … sociodemographics, religious affiliation, race and ethnicity” all can play a role in determining the health consequences of drinking.

In an email to 24/7 Wall St., Eric Shepard, vice president and executive editor at Beer Marketer’s Insights, highlighted a study from the U.K.-based Institute of Economic Affairs, a free market think tank. The study explores the relationship between problematic drinking and consumption levels.

Policy makers often believe that high per capita consumption leads to excessive drinking, which includes heavy and binge drinking. However, the study’s authors contend that “per capita alcohol consumption largely depends on the amount of heavy drinking in the population, not vice versa.” Stahre added the she, too, was aware of studies that showed “a good proportion of the alcohol that was consumed was being consumed in a manner [associated with] binge drinking.”

The states with the highest beer consumption rates also had high rates of heavy drinking — defined as more than two drinks per day for men and more than one drink per day for women. In Montana and Wisconsin, 8.5% of adults were heavy drinkers as of 2012, tied for the most in the United States and well above the national rate of 6.1%. Additionally, seven of the states that drink the most beer had among the 10 highest rates of binge drinking — defined by the CDC for women as consuming four or more drinks, and five or more drinks in the case of men, during a single sitting.

Interestingly, while excessive alcohol use is hardly a healthy behavior, many of the states with the highest beer consumption rates were also likely to practice a range of healthy behaviors such as exercising regularly and eating well. People in Maine, New Hampshire, South Dakota and Vermont, for example, were all among the most likely Americans to eat healthy all day last year. Residents of Nebraska, New Hampshire, North Dakota and Vermont were among the most likely to exercise regularly.

Stahre noted, however, that people are often better at keeping track of other behaviors than they are about drinking. “Because if you aren’t paying the bill or not paying attention to the number of drinks you have, you could really be underestimating what your consumption is.”

To identify the states with the highest beer consumption rates, 24/7 Wall St. reviewed Beer Marketer’s Insights’ recent report on alcohol consumption. Drinking habits were measured in gallons shipped to distributors annually per 100,000 drinking-age adults. Adult heavy and binge drinking statistics are from the CDC’s Behavioral Risk Factor Surveillance System and are for 2012. We also utilized figures from a recent CDC study, titled “Contribution of Excessive Alcohol Consumption to Deaths and Years of Potential Life Lost in the United States.” This study examined data from 2006 through 2010 for Americans of all ages. We also reviewed healthy behaviors and health outcomes from Gallup’s 2013 HealthWays Well-Being Index. Economic data came from the U.S. Census Bureau’s 2012 American Community Survey. Brewery totals are from the Beer Institute’s 2013 Brewer’s Almanac and are for 2012. Tax data are from the Federation of Tax Administrators and are current as of January 2014.

These are the states that drink the most beer.

While Americans nationwide drank less beer in 2012 than they did in 2002, Vermonters consumed 11.2% more alcohol from beer. This was the largest increase in the country. The dramatic spike may be due in part to growing enthusiasm for craft beers, for which Vermont has become famous. Several local Vermont beers have been rated among the world’s best, and in some cases black markets have emerged in the wake of excess demand. Like several other states with the highest beer consumption rates, wine has also become considerably more popular in recent years. Drinking-age Vermonters consumed nearly one-fifth of a gallon more alcohol from wine in 2012 than they did in 2002, the largest increase in gallons nationwide, and roughly four times the increase across the country.

South Dakota adults consumed 11.4% more pure alcohol in 2012 than they did in 2002, a larger increase than in all but a handful of states. Most of this increase came from spikes in wine and spirits consumption. While alcohol intake from beer grew by less than 1% — still one of the larger increases nationwide — legal-age adults in South Dakota increased both their wine and spirits intake by more than 30% over that time. Binge drinking may have contributed substantially to the state’s consumption totals. More than 20% of legal-age adults in South Dakota reported consuming at least four drinks in a sitting in 2012, among the highest binge drinking rates nationwide.

A legal age Montana resident consumed an average of 40.5 gallons of beer in 2013, down from more than 43 gallons in 2009. Montana residents were largely beer drinkers, even though the state ranked 12th in total alcohol intake from spirits in 2012, per capita intake from wine was roughly in line with the nation as a whole. Dangerous drinking was also quite common in the state, where 8.5% of adults were heavy drinkers in 2012, tied with Wisconsin for highest rate in the nation. Additionally, almost 22% of the adult population engaged in binge drinking, more than in all but a few states. High levels of drinking had notable health implications for residents as well. There were 37.7 alcohol-attributable deaths per 100,000 residents in Montana between 2006 and 2010, more than in all but two other states.

New Hampshire trailed only one other state in total per capita beer consumption in 2013, and it was the nation’s leading state for beer drinking as recently as 2011. Additionally, New Hampshire led the nation in per capita intake of alcohol in 2012, with residents drinking the equivalent of 4.7 gallons of pure alcohol that year on average, versus 2.5 gallons per legal adult nationwide. However, these figures may be somewhat distorted by sales to non-residents by liquor stores located near state borders. Visitors often buy liquor and wine in the state because of the lack of tax at state-run liquor stores.

North Dakota residents are the nation’s largest beer drinkers, consuming an average of 43.3 gallons per drinking age adult in 2013. One reason for this may be binge drinking. In 2012, more than 24% of the adult population reported binge drinking, more than in any state except for Wisconsin. Between 2002 and 2012, North Dakota led the nation with a 24% increase in pure alcohol consumption per capita. By comparison, consumption nationwide rose by slightly less than 3% in that time. Most of the increase in alcohol intake between 2002 and 2012 came from higher spirits consumption. High levels of beer consumption, binge drinking and alcohol intake may be related to the state’s attractiveness to younger Americans looking for work. North Dakota had the nation’s lowest unemployment rate in 2013 and has had the nation’s fastest growing state economy in each of the past four years. 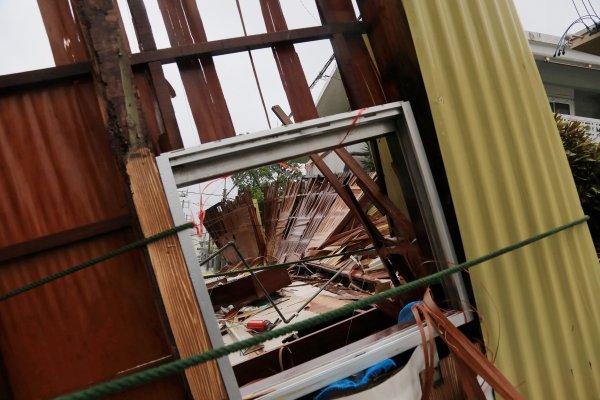