The human ideal might be for every child to have two parents, but the same does not hold true for every planet. The Milky Way is full of so-called binary star systems—two stars orbiting their common center of mass. But theorists always imagined that binary stars would be a childless pair, since the constantly-changing gravity from two orbiting suns would make it hard for a planet to form in the first place, and even if it did, a stable orbit would be tough to maintain. So it was something of a surprise in 2011 when astronomers indeed began finding planets that result from—and thrive in—two-star unions.

The key was that the stars would have to be orbiting each other tightly, with the planet looping around both of them at once, in order for the entire grouping to remain viable. A planet orbiting just one member of such a pair would still be hard to envision.

But now comes a report in Science that says otherwise. Astronomers have found just such a planet, lying 3,000 light-years from Earth: it orbits about 90 million miles (145 million km) from its host star—about the same as the Earth-Sun distance, while a second star orbits at the distance of Saturn, about a billion miles (1.6 billion km) out. The planet is basically ignoring the second star entirely. “This is a kind of system we just haven’t seen before,” says Andy Gould of Ohio State University, lead author of the report.

Gould and his colleagues didn’t find the new planet with common techniques of looking for winks and wobbles—that is, dimming of the host star as a planet passes in front it or movement of the star triggered by a planet’s gravity. Instead, they used microlensing, a technique inspired by no less than Albert Einstein himself. The great physicist suggested back in the 1930’s that if one star drifted in front of another, far more distant star, the closer star’s gravity would act as a lens, briefly magnifying the image of the farther one (it’s a relativity thing).

More recently, astronomers realized that if that closer star had a binary companion, the magnification of the more distant body would be more complex—a combination of flickering and lensing that could be untangled, but only very painstakingly. Since this, unlike the more common techniques, works across vast distances, a subculture of microlens hunters has emerged to look for planets that wouldn’t be found otherwise. In this case, they hit pay-dirt, as the binary-pair-plus-planet (awkwardly known as OGLE-2013-BLG-0341), drifted in front of a background star and the distorted lensing revealed not only the presence of the planet but its single-star orbit as well.

That planet, the observations suggest, is relatively small, with a mass just twice that of Earth. Since its orbit is Earthlike as well, you might think it would be a relatively comfortable place to live—but the star it orbits is so dim that it puts out only 1/400th the energy of our Sun, producing surface temperatures on the planet that are about as frigid as those on Jupiter’s ice-moon Europa. That doesn’t rule out the possibility of life—Europa could harbor plenty of biology in its subsurface oceans—but further observations of OGLE-2013-BLG-0341 are out of the question. Microlensing discoveries are one-shot deals; once the lensing star drifts past the background star, the event will never be repeated.

What’s most valuable here is simply the knowledge that such a system can exist. “Planet formation itself is very mysterious,” says Ohio State astronomer Scott Gaudi, a co-author on the report. “We have theories, but they’re notoriously bad at making predictions. This system demonstrates that yeah, you can make planets in systems like this.” And that, in turn, can only encourage astronomers to look for still more. 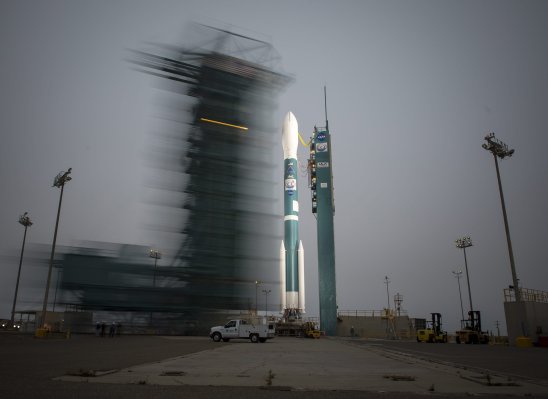