The Tao of Ja: 10 Things We Learned From Reading Ja Rule's New Book

Most of us know Ja Rule as the rapper who dominated the airwaves in the early 2000s with a steady succession of hit songs. (“Murder, Inc!”) But in his new memoir, titled Unruly: The Highs and Lows of Becoming a Man, the rapper sets out to paint a more complete picture of himself. In the book, on shelves now, Ja Rule (born Jeffrey Atkins) reflects on his past struggles with a difficult adolescence in New York City and everything that followed, from breakout success and destructive rivalries to fatherhood and a two-year prison sentence.

Unruly also reveals a few lesser-known tidbits about the rapper, who sat down with TIME to offer some insight about each of these surprising facts.

1. He grew up Jehovah’s Witness

He lived with his grandparents, who were Jehovah’s Witnesses, from age 6 to 12, attending church regularly and going door-to-door to help seek new members. “It was a tough and very strict religion,” Ja says. “No birthdays, no holidays, no Christmas. That type of stuff is tough on a kid, especially when everyone around you is celebrating those days, and you’re trying to figure out why we don’t get to celebrate too. For a lot of years I just thought my grandparents were cheap.”

3. He originally wrote “Can I Get A…” and then agreed to let Jay Z have it

While Ja Rule still had a verse on the track, it went down in history as a Jay Z song. “At the time I felt like — maybe I am shorting myself, maybe if I would have kept it for myself, maybe my album would have sold three million copies,” he says. “That was a great moment for me though, because it really launched my career, that record.”

It was the easiest way he could find to make money, and he continued selling until he got a record deal with Def Jam in 1998. “I wanted to secure my career in music, and I knew if I got in trouble or got arrested, that probably wouldn’t happen. I kind of slowed down.”

5. He met his wife in 8th grade shop class

“I’ve known that woman for a long time. It’s good to meet your soulmate, so to speak, at an early age, and go through life together, growing together. I watched her grow up, she watched me grow up.”

“They were a big influence on my life and my rhymes. They were guys who were from my backyard. To see them go out there and make it, it gave me the feeling that I could make it too.”

7. He has a tattoo dedicated to his baby sister, who died in the womb

It says “Kristen,” which is the name his mom gave her. “I’m an only child, so I always wonder what it would be like to have a brother or sister, and that was my only shot at it,” Ja says. “I think about it a lot, as I watch my kids grow and see that camaraderie and bond that they have. I wish I would have been able to have that with a sibling, but it wasn’t meant to be.”

8. He once stayed in one of Saddam Hussein’s hunting lodges

Ja Rule performed in Iraq as part of a USO tour, spending time at a U.S. Army base. “After they killed Saddam, they took over all of his properties. They had me stay at his hunting lodge and it said Property of the United States.”

9. Ever since he met Jay Z, he writes his rhymes in his head

When Ja Rule was first breaking into the music scene, he met Jay Z in a recording studio and noticed that Jay had no pen or paper nearby. He’d simply stored all his lyrics in his head. Ja decided to start using that technique too. “That’s when I really learned to hone my craft as an emcee,” he says. “It put me [at] one with the music.”

Well, sort of. He was born on February 29th on a leap year. “Yeah, I’m nine. I love that. I call myself Benjamin Button. Everyone gets older, I get younger.” 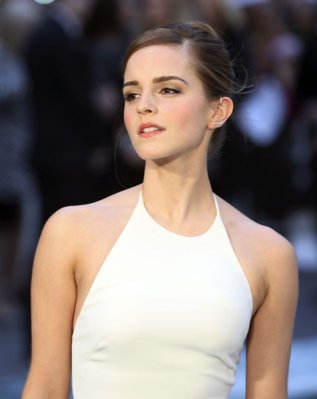