How to Dump a Cheater: Say It With a Freeway Banner

Not a great day for Steve Frazer. #dumped http://t.co/b9e15PYuoX pic.twitter.com/RvYxWM7gjS

Revenge fantasies can be fun, but are often illegal, immoral or just too complicated. But two women in the United Kingdom appear to have found a simple way to get back at their lothario — who was allegedly dating both of them at the same time — with maximum impact.

On Wednesday, a banner appeared on a bridge above a busy freeway near the cities of Newcastle and Gateshead, which read: “Steve Frazer You’re Dumped! By Both of Your Girlfriends.” A joint selfie of the two women and a photo of the (alleged) cheater were emblazoned on the banner as well.

To be clear, we have no idea what the backstory is behind the banner — nor does anyone else who’s gone public, anyway. The most obvious scenario would be that the ladies, who bare a disturbing resemblance to each other, found out that their man was dating both of them and were pissed. (Wait, wasn’t there a movie about this?)

Whatever the case, we’re pretty sure Steve was squirming in his car seat when he saw the banner, which was taken down later in the day. As one tweep noted, “Not a great day for Steve Frazer”. 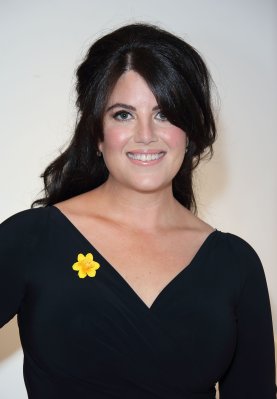 Monica Lewinsky: Starr Report Aftermath Was 'Violation After Violation'
Next Up: Editor's Pick