The U.S. economy added almost 288,000 new jobs in June, according to new government data Thursday, handily beating analysts’ expectations and sending the unemployment rate to its lowest level since September of 2008.

The pace of job creation well outpaced projects that the economy would add 215,000 jobs. The unemployment rate dipped from 6.3% to 6.1%, its lowest level since the month Lehman Brothers collapsed and the U.S. economy went into a tailspin.

Stock markets jumped on the news, with the Dow Jones Industrial Average surpassing 17,000 points for the first time ever.

The data from the Bureau of Labor Statistics signaled that the economy was healthily bouncing back from a biting cold winter that hampered growth, and relieved economy watchers who had been alarmed by an economic contraction in the first quarter. The numbers will also sure come as a relief to Democrats who have been fearful that a still-sluggish economy will hurt them against Republicans in the midterm elections. June marked the fifth consecutive month of job gains exceeding 200,000, the best clip since the tech boom of the late 1990s, the Associated Press reports.

Signs that the economic recovery remains tepid still persist. While the longterm unemployed, defined as those jobless for 27 weeks or more, dropped by 293,000, 3.1 million Americans remains in that category.

But with exports hitting a record high and imports falling, the trade deficit fell 5.6%, to $44.4 billion. 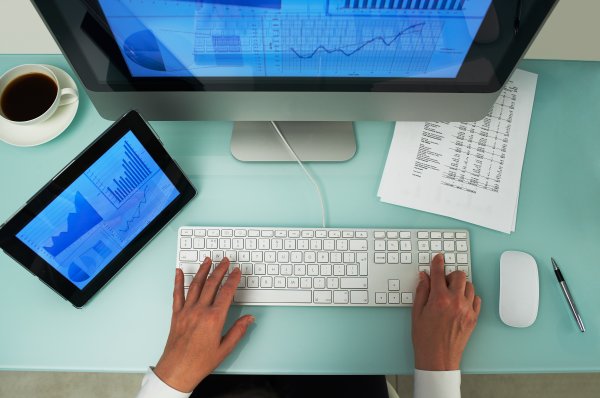