In an effort to curb the increasing audacity of Islamist militant groups in the country, Pakistan’s parliament passed a comprehensive counterterrorism bill on Wednesday that gives unprecedented powers to domestic security forces.

The legislation, called the Protection of Pakistan Bill 2014, has drawn the ire of human-rights groups for its rigor and breadth. Under the new law, the national government can not only arrest suspected terrorists without warrants but also detain them for 60 days without any discussion of trial.

More controversially, it permits police and other security officials to issue shoot-on-sight orders.

“This is perhaps the strongest of the laws that Pakistan has come up with to deal with militancy and terrorism,” Irfan Shahzad, a researcher at the Institute for Policy Studies in Islamabad, tells TIME. “I would not say that outright it is a violation [of human rights], but it certainly raises questions over what rights we Pakistanis have as citizens of this country.”

Thousands have died since the Pakistan Taliban began its present insurgency in 2007, and Islamabad has frequently struggled to contain the bloodshed. It is currently taking the fight to the insurgents in the mountainous region of North Waziristan, but the offensive has sparked a humanitarian crisis, displacing nearly half a million people.

Shahzad says the new legislation has been born out of increasing frustration. “If a government fails to deliver,” he says, “they resort to certain actions that they believe will increase their command over certain groups.”

Among the provisions of the new law are the granting to security forces the power to search premises without warrants, the allowing of tapped phone calls as court evidence and a steep increase in prison sentences for terrorist offenses. While the bill has vocal critics, Shahzad believes that it will be accepted by a population exhausted by years of conflict.

“We’re talking about a country where the literacy rate is just over 50%,” he says. “Even among those who are literate and who read the news, they are very much hard-pressed by the matter of their own survival. [This law] may not necessarily be a major issue to them.” 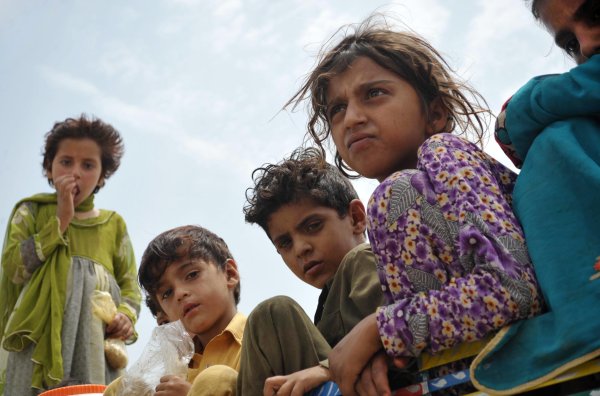 Pakistani Refugees Pour Into Afghanistan
Next Up: Editor's Pick