USA goalie Tim Howard and team captain Clint Dempsey received a phone call from President Barack Obama commending them for their performance in the World Cup.

Howard, who recorded a World Cup record of 16 saves in the team’s 2-1 loss to Belgium, has become something of hero, earning his own Internet meme even. Two separate petitions have called for Howard to be named Secretary of Defense and for the Ronald Reagan Washington National Airport to be renamed after Howard.

Obama didn’t quite offer to nominate him Secretary of Defense—White House Press Secretary Josh Earnest joked Wednesday that Howard would not be joining the Obama Administration in the near future—but he did praise the goalie and his captain for their leadership.

“I just wanted to call to say you guys did us proud,” he said on the call. “To see the way you guys captured the hearts and minds of the whole country is unbelievable.”

“Clint you were fantastic and Tim, you know, I don’t know how you’re going to survive the mobs when you come back home,” he said. 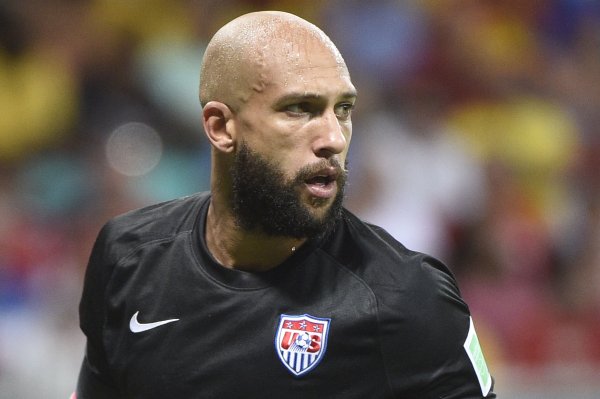 Soccer Fans: Tim Howard for Secretary of Defense
Next Up: Editor's Pick