You're Using Exclamation Points Too Much! Here's How to Stop

Exclamation points used to be something you allowed yourself, a secret weapon unsheathed only at a rare and necessary moment, like Wolverine’s adamantium claws. To throw them around willy-nilly was a high crime to grammar-keepers. As one writerly friend wrote to me about a decade ago, “Almost all uses of exclamation points, other than in reported speech, should be punished by death, administered with broadsword.”

But my, how times have changed! There’s an exclamation in every email and text, if not a string of them!!! As we type, we glibly spray them about like candies off a parade float. It has gotten to a point, as many have noted, where it appears rude, unenthusiastic and perhaps apathetic not to include one in the simplest of messages. We sneer at the ungrateful “Thanks.” We are unsettled by the emotionless “Sure.”

This universal barrage has, in turn, muted the mark’s ability to powerfully exclaim, as a joke’s hilarity wanes when told over and over and over. “There’s been a dilution of its power through greater use,” says linguist Ben Zimmer, executive producer of Vocabulary.com.

That dilution, Zimmer notes, has come with the rise of electronic communication, where we struggle to convey all the things that our voice and face can. As E. Dudley Parsons wrote in a 1915 edition of English Journal, “We began punctuating to give the same sense to the eye that our spoken sentence gives to the ear.” But if the mark is to retain its impact, we might do well to give it a rest and find other ways to convey our sincerity and amiability through the keyboard.

Let us take this exchange as a starting point and consider what might replace all the “!”. Below it are four alternatives that may be of relief to those suffering from exclamatory fatigue:

This comes with caveats, of course. One: if you’re the type of person who clings to old ways of grammar and is beside yourself with concern about this exclamation-point phenomenon, chances are you hate new-fangled emoticons. Recommending them to you as a replacement may be much like saying you can avoid a shark’s bite by getting into its belly. The other is that if you use these in workplace emails, people may find you silly and unprofessional.

2) Use intensifiers or emphatic words.

Person #2. Thank you very much. Thank you so much. Really, thank you.

Obviously if you use them all at once, the receiver of your communication may suspect that the lady doth protest too much. But used sparingly, intensifiers do just what they sound like they should. Without materially changing the meaning of a sentence, this type of adverb gives the sentiment emphasis. These include words such as very, really and so, as well as much and a lot and even four-letter words, as in, “That is f—ing unbelievable.”

“Thanks” or “Sure” or “Yes” are responses we see so much that an exclamation point feels needed to spice them up in contexts where we want to sound grateful or amped, rather than begrudgingly agreeable or blandly affirmative. After all, we invoke “yes” for everything from forms at the doctor’s office to being asked on a date to explaining whether we’re in line for the bathroom, and each yes is different. But if you phrase something in a more specific, less rote way, you can sidestep the exclamation point. And you might even give your reader a modest jolt of entertainment to brighten up their day.

4) Use other forms of punctuation for emphasis.

Zimmer calls the latter the “emphatic period,” and notes that it is not only a good way to convey adamance but also the speech patterns of William Shatner. A well placed comma can create an emphatic pause that drives a point home without shouting it. And one might even get crazy and use the interrobang for variety’s sake, which is the Siamese twin of an exclamation mark and question mark. If we don’t do a little something to reserve the pure exclamation mark, it may soon require an army of them to express true emphasis. And that sounds exhausting, don’t you think‽

This is an edition of Wedndesday Words, a weekly feature on language. For the previous post, click here. 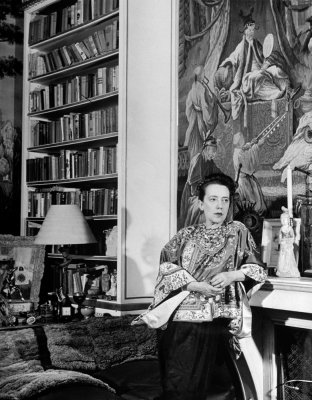