An Open Letter to Maya Peterson: On the Politics of Humor

You don’t know me, but my name’s Alexis.

I recently heard you were forced to resign from your position as the first black, female student body president at Lawrenceville School—the most expensive private boarding school in the country—because you made fun of the typical “Lawrenceville boi” on Instagram by posting a photo of yourself in a Yale sweatshirt holding a hockey stick, adding hashtags such as “#confederate” and “#peakedinhighschool.”

Of course, it was meant to be a joke. It was meant to parody the sort of privileged, conservative, prep school boy who embodies the reason Lawrenceville did not admit black students until 10 years after Brown vs. Board of Education, and didn’t get around to women until 1987. It was you taking a satirical stand against the kind of people who apparently tormented you because of your race and sexuality, opposed your candidacy from the start, and called for the voting tally to be released just to be absolutely sure you had actually won that election.

I got the joke. I understand your context. As the first black female president of a historically white male institution, I knew exactly where you were coming from. Comedy, particularly in black communities, has always been a way of making fun of a system carefully rigged from its foundation to create success for some and failure for everybody else. Jokes at their best are both funny and enlightening, and that’s what makes them powerful. They can take the edge off and cut deep at the same time.

Your offended constituents, however, do not want to be cut deep—or cut at all. They do not want to be reminded of their context, your context. They want their “uber-diverse” President—but hold the controversy, hold the humor directed at their expense, and, please, eighty-six any real critique of the racist system that created this situation in the first place. Instead of lavishing praise on them for being “open-minded” enough to elect you, you showed them a reflection of themselves, and they were repulsed. How fitting that an Instagram was the tipping point because there is nothing more disturbing than holding up a mirror and not liking or recognizing the image that you see.

It is a harsh reality that the people who ushered you in are often the same ones who will revile you the moment you toe the line, the second you fail to reward them with enough politically correct Scooby Snax, the instant you remind them that racism and sexism and homophobia aren’t over just because you’re in charge.

So, from one black person who occasionally makes fun of white people to another, the system is rigged and I am sorry. I only hope that you do not let the persistent mechanisms of disenfranchisement make you ashamed, or fearful, or any less confident in your ability to make real change. In the words of Jesse Jackson, “Keep hope alive.” In the words of Mark Twain, “In the first place, God made idiots. That was for practice. Then he made School Boards.” In the words of Lily Tomlin, “I always wanted to be somebody, but now I realize I should have been more specific.”

That last one isn’t super pertinent. But it’s pretty funny.

Alexis Wilkinson is a rising senior at Harvard College pursuing a degree in economics and psychology. She is the current president of the Harvard Lampoon. 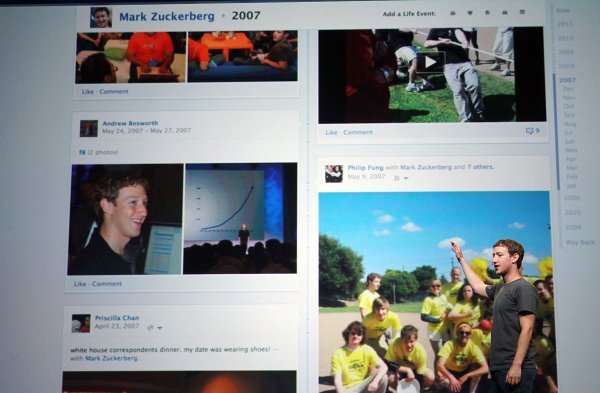 The Real Reason You Should Be Worried About That Facebook Experiment
Next Up: Editor's Pick