Why Soccer Players Are Sexy, According to Science

The U.S. team has been knocked out of the World Cup, but that doesn’t mean Americans will stop watching the tournament. If the dozens of hottest soccer players lists on sites like BuzzFeed, Jezebel and Elle are any indication, Americans have finally fallen for international “footballers” like Cristiano Ronaldo (right) who have been global stars for years. The ogling has become so pervasive that writers are debating whether it’s okay to objectify male athletes.

This isn’t your average love affair with the athlete of the moment. It’s a full fledged crush. In the graph below, you can see that Americans have searched “hottest soccer players” more in the past 12 months than they have searched for “hottest football players,” even though the viewership for American football dwarfs that of soccer. (Queries have obviously spiked in the past month during the World Cup which has gotten unprecedented attention in the U.S. this year.) Search terms “hottest basketball players,” “hottest baseball players” and “hottest hockey players” had so little traffic in the U.S. that they didn’t even show up on the chart.

So why are Americans swooning over soccer players more than athletes in sports that are more popular? TIME asked evolutionary biologists, psychologists and sports medicine experts to weigh in.

David Beckham on the cover of Elle UK
Elle UK

Evolutionarily-speaking women are attracted to strength and characteristics associated with high testosterone production such as a more masculine face. But scientists are just beginning to discover that women are biologically programmed to be attracted to endurance as well. “Recent studies suggest that in our evolutionary past there has actually been strong selection on endurance performance,” says Erik Postma, a research scientist at the Institute of Evolutionary Biology and Environmental Studies at the University of Zurich. “Before the invention of spears, we would hunt by chasing down animals to exhaustion. Though we could not outsprint a zebra, over the course of many hours we could outrun it.”

Postma conducted a study in which he asked subjects to rate the attractiveness of the faces of various cyclists, and found that people rated the cyclists with highest endurance most attractive. This is good news for soccer players, who are not only strong but must cultivate endurance in order to survive games: soccer players run an average of seven miles per game, compared to the 2.5 run by basketball players and 1.2 run by receivers and cornerbacks in football (players in other positions run significantly less). “I think that unlike basketball and football players, soccer players might have the ideal combination of strength and endurance,” says Postma.

Our evolutionary biology then dictates what our culture sees as the ideal male form. “[The soccer player’s body] is probably a little closer to the average person’s mental image of what beauty looks like,” says Dr. David Geier, a sports medicine expert and orthopedic surgeon. “When you look at ancient Greek and Roman sculptures of the ideal person, they look more like what soccer players are. They’re pretty regularly proportioned: they don’t have huge upper bodies and small lower bodies, or vice versa.”

Costa Rica's forward Joel Campbell celebrates at the end of the round of 16 football match between Costa Rica and Greece at Pernambuco Arena in Recife during the 2014 FIFA World Cup on June 29, 2014.
RONALDO SCHEMIDT—AFP/Getty Images

“When you look at the skills needed for soccer, it’s speed and endurance. It’s not upper body power. It’s not the ability to tackle people, so you don’t need the shape of a body that an American football player would need,” says Geier.

Soccer players, unlike many American athletes, are muscular without being bulky. Basketball players and football players must build up their upper bodies for shooting, passing and pushing one another around. Hockey players must build up their legs for strength and speed on the ice. Soccer players have a much more even muscle distribution. They’re toned, but not in an exaggerated way.

“There’s probably a perception difference when you have a seven-foot athlete compared to soccer players, who are pretty normal height—5’8″ to 6’2″,” says Geier. It’s easy to imagine your boyfriend running every day and slimming down than to imagine him growing an extra foot and pumping iron until his arm muscles swell to twice their size. That’s why many people find a body like Costa Rica soccer player Joel Campbell’s (in white shorts above), which has muscle evenly distributed across his 5’10” frame, more attractive than that of NBA player Dwight Howard (in Lakers jersey above), whose shoulder and upper arm muscles are intimidatingly large. Plus, Howard is 6’11″—a less relatable height.

3. Showing emotion on the field

Soccer players are notoriously more emotional during play than other athletes—so much so that a recent article in the New Yorker examined why Americans are exasperated by soccer’s dramatics. Players flop down on the ground when hit and roll around as if they’ve just been shot in the gut. When they congratulate each other, they don’t just high five, they leap into one another’s arms, scream and weep. After scoring a goal, players will tear off their shirt and run in circles. A goalie who let in a shot will collapse to his knees and wail.

It turns out these seemingly overdramatic (one might even say feminine) gestures are arousing to the opposite sex. A 2011 study found that men are perceived to be more attractive by heterosexual women when they exhibit emotional displays of pride and shame. In the way a peacock spreads his tail, men strut after victory to seem more attractive.

“This could explain part of what’s going on with male soccer players,” says Jessica Tracy, an associate professor of psychology at British Columbia who led the study. “If they show pride displays after success, and even shame displays after failure, this will likely increase their attractiveness—at least to North American women.”

Emotional displays also increase a player’s relatability. “I think you get a better sense of their personalities,” says Geier. “There’s no helmet or cap like in football or hockey or baseball. Seeing them react to what’s going on on the field—it helps fans forge a relationship that you might not get with an athlete in pads and a helmet.”

Chile's forward Alexis Sanchez reacts after missing a shot on goal during a football match between Brazil and Chile at the 2014 FIFA World Cup on June 28, 2014.
ODD ANDERSEN—AFP/Getty Images

Let’s face it: soccer players like to show their abs. Even when they’re not tearing off their jerseys to celebrate a goal, soccer uniforms are more revealing than others. Hockey and football pads conceal most of the athlete’s body and head. Basketball uniforms are baggy, and baseball uniforms aren’t exactly the most flattering wear. Soccer jerseys better display abs, arms, legs and bottoms than gear in any other major sport, as demonstrated by the variety of BuzzFeed’s lists on the topic, which include “bootyful butts” and “match the six-pack to the soccer player.”

“Uniforms and clothes in general are used to enhance desirable features,” says Postma. “I did for example notice that the shirts [in soccer] have gotten tighter, showing off their muscular upper bodies much better.”

France's forward Olivier Giroud addresses a press conference at the theater in Ribeirao Prato on June 10, 2014, prior to the start of the 2014 FIFA World Cup in Brazil.
FRANCK FIFE—AFP/Getty Images

The other reason there’s such a global obsession with soccer players is that there’s such a wide sample selection. The World Cup brings together hundreds of players from all over the world. Everyone has someone to root for—or ogle. Sheer variety has its appeal, and when there are that many men who spend all day, every day running, there’s bound to be at least a few players that capture the attention of the masses, like French forward Olivier Giroud (above), who tops many of the “hottest” lists.

And for Americans, who only see these players on ESPN once every four years and do not have as firm a grasp on the rosters, Postma believes that focusing on attractiveness might be “a way to make a sport that you otherwise don’t have much affinity with a bit more interesting.” 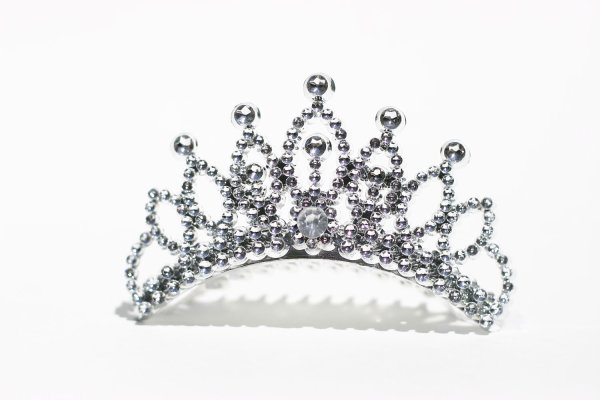 Miss Florida Just Lost Her Crown Because of a Voting Error
Next Up: Editor's Pick