British Airways wants to make its planes your happy place. To help take your mind off the alarming air turbulence, the hundreds of strangers you’re sardined in with, and the full-body stop-and-frisk you may have endured for flying with them, they’re testing a “happiness blanket” that will convey your “meditative state” throughout the trip.

The blanket doesn’t magically make you happy. (If only …) Instead, it helps the airline figure out what makes you happy other than copious amounts of bloody Marys and a double-dose of Xanax. It works in conjunction with a headband, which measures your brain wave activity, then wirelessly conveys it to the blanket, which is embedded with red and blue LED lights. They flash red when you’re miserable or blue when you’re in “a Zen-like state of mind.”

Not surprisingly, flyers’ moods fluctuate the most when using in-flight entertainment or eating. “What we found was that the blankets turned bluer when people were relaxing, such as sleeping, listening to relaxing music, or eating, as that created a feeling of well-being. However, eating cheese for example can often turn the blankets red, as that releases a chemical in the brain which increases brain activity,” says the airlines’ consumer PR manager, Michael Johnson, who adds that the blankets will not be made available to paying customers.

No word on how flyers reacted to arrival delays, abrupt changes in elevation or news that they’re out of the chicken entrée but the vegetarian meal is still available. 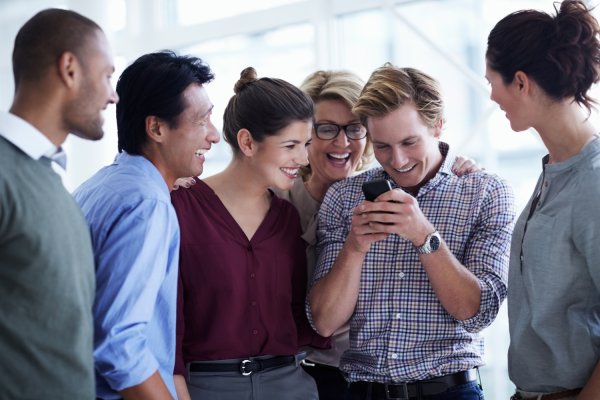 New App Is Like 'Hot or Not' for Your Coworkers
Next Up: Editor's Pick