Anyone who has watched the World Cup knows by now that U.S. goalkeeper Tim Howard is our new national hero.

Howard saved 16 shots on goal in the game agains Belgium Tuesday afternoon, setting a World Cup record since record keeping began in 1966. And though the U.S. finally lost 2-1, the outcome would have been far grislier for the Americans if not for Howard’s brilliance between the posts.

After the game, Howard was deadpan.

“That’s my job,” he said of his goalkeeping the match’s immediate aftermath, according to MLS Soccer. “That’s what I signed up to do.”

What else could Tim Howard have saved? As usual, the internet has not disappointed. Here are some of the highlights, collected from Twitter.

But why stop there? What else could Howard save — Humpty Dumpty? The Mets? The last season of Lost? 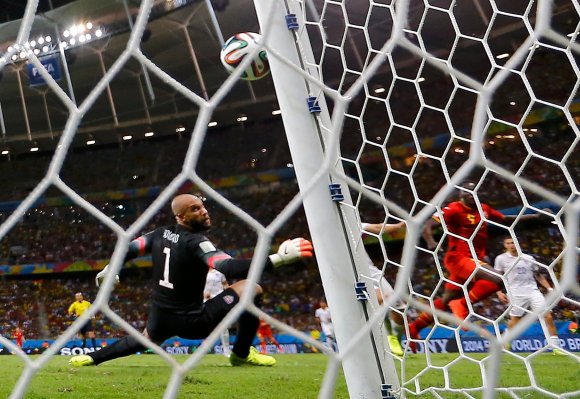 Belgium Beat the U.S. Because They Played a Better Game
Next Up: Editor's Pick