Study Finds Most Teens Sext Before They're 18

If you’re a mom or dad and you learn that your child is sexting, that’s bound to set off alarms. But a new study reveals that the practice is quite common among teenagers, most of whom who think it’s no big deal. And that sets up an interesting dynamic in terms of how parents should handle the situation.

Researchers from Drexel University surveyed college students, asking them if they had ever sent or received “sexually explicit text messages or images” when they were under age 18. Fifty-four percent said yes—almost all of it in the context of a romantic relationship or as a means of flirting.

“We were shocked by the prevalence and the frequency of sexting among minors,” says David DeMatteo, an associate professor of psychology and law at Drexel and one of the study’s authors. He notes that previous studies have indicated the pervasiveness of sexting was much lower—around 20%.

DeMatteo believes that participants in the study may have been more honest because they were allowed to remain anonymous and were reporting on past behavior.

What’s more, while the authors defined sexting as sending or receiving “sexually explicit text messages with or without photographic images,” they allowed participants to define what “sexually explicit” meant to them. “A 13-year-old might consider a sext to be ‘I think your body is hot,’” DeMatteo explains. “Other messages were likely less gray, talking about sexual desire or activities and everything in between.”

Participants acknowledged sexting as young as 13, but the vast majority were 16 and 17 when they sexted. And very few reported negative consequences from their actions. Only 8%, for instance, said they endured humiliation or a tarnished reputation. To be sure, sexting can be used to exploit or intimidate—and there have been cases were teens have committed suicide as a result of such cyber-bullying. But fewer than 1% of respondents in the Drexel study reported being bullied as a result of sexting.

“We were struck by how many of those surveyed seem to think of sexting as a normal, standard way of interacting with their peers,” DeMatteo says.

All of which can make things tricky for parents, most of whom probably wish they simply didn’t have to deal with such an uncomfortable topic. Yet they should—ideally, as soon as a kid gets his or her first cellphone.

So, what do you say?

For younger teens, set a bright line. Tell them sexting is off limits—period. (For some families, this might be a real challenge, as indicated by another new study on the link between sexting and sex among middle schoolers.) Most of the time, those who are in middle school or even in ninth or 10th grade don’t have the experience to comprehend the impact that sexting can have.

“They do not understand how powerful it is—how other people might be aroused by seeing a provocative photo of them,” says Barbara Greenberg, a clinical psychologist in Fairfield County, Conn., with a focus on adolescents and families.

When it comes to older teens, however, recognize that sexting is often just a digital form of flirting. “It is the 2014 version of teens experimenting with their sexuality,” Greenberg says. “They are testing their level of appeal—something we have been doing for centuries.”

That said, you should make clear to your older kids that dangers exist. Remind them that anything they do online leaves a permanent record—one that may come back to haunt them later. What may seem funny or flirtatious in the moment may not feel the same way a few months down the road.

Remind them, too, that once they hit the send button, their words and images are out of their control. They can’t be confident that any sext will stay with the intended recipient. The Drexel study found that 26% of respondents reported that, as a minor, they had forwarded or shared a sext they’d received with a good friend, and 3% reported sharing it with a mere acquaintance.

It’s also important to tell your older kids that not all sexting is equal. If they’re going to insist on engaging in this activity, they should at least reserve their most explicit messages for those with whom they’re in a real relationship. Casual sexting, just like casual sex, is not a good idea.

Finally, be sure to tell your kids—younger or older—that sexting can have serious legal ramifications.

Most states do not have laws that govern sexting, so if a minor sends a nude or sexually explicit image to another minor, he or she can be charged under child pornography laws. (The Drexel study found that girls, in particular, are likely to sext photographs.) These statues typically carry severe punishments, including jail time and having to register as a sex offender. In the Drexel study, nearly two-thirds of respondents were not aware of this risk.

But many of those who were aware of the potential legal consequences modified their behavior. Indeed, one of the study’s central findings is that only 42% of those who were familiar with this threat had sexted as a minor, compared with 61% of their peers who weren’t clued in to the legal implications.

“Young people need to be educated about the consequences of sexting—legal, social and psychological,” DeMatteo says. “The more they hear the message, the more likely it will be to sink in.” 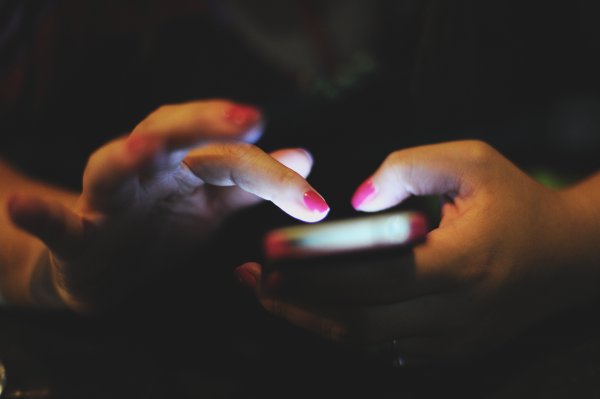 5 Things Parents Should Tell Kids About Anonymous Apps
Next Up: Editor's Pick