Android TV Could Actually Succeed as a Game Console

On some level, it’s easy to laugh off the gaming element of Android TV, Google’s new living room platform that will arrive later this year.

The notion that a small, cheap set-top box could threaten large, expensive game consoles seemed popular a year ago, when “microconsoles” like Ouya and GameStick were hitting the market. But these devices haven’t taken off, and while the traditional game console market appears to be contracting, it’s still a big business, with sales in the millions for the Xbox One and PlayStation 4.

Still, after seeing more of Android TV at last week’s Google I/O conference, I think Google’s gaming efforts have a chance to succeed. Along with whatever Apple is reportedly working on, Android TV could be the disruptive force in living room gaming that pundits–myself included–have been predicting for years.

Ouya’s main problem was that it occupied an awkward middle ground between high-end game consoles and cheaper all-purpose entertainment boxes. It was marketed as a gaming product, but its catalog wasn’t meaty enough to attract core gamers. Meanwhile, as a media streamer, Ouya didn’t have a lot of essential apps, further limiting its appeal to people who were considering an Apple TV or Roku.

But Ouya’s approach did have some flashes of brilliance. It has some great small-scale games that you can pick up quickly and play in short bursts, and the experience of rifling through Ouya’s digital store and sampling a dozen free-to-try indie titles is something you can’t get from the big consoles. While Ouya’s gaming experience is hard to justify on its own, it could work as a supplement to a low-cost streaming media device or a smart TV.

That’s the approach Android TV is taking, and while it’s not the first set-top box with gaming–both Amazon Fire TV and Roku offer some games as well–it puts a greater emphasis on games than any other device I’ve seen. Instead of being relegated to a sub-menu, games appear on the same main screen as Android TV’s apps and recommendations. When you scroll down to the apps list, the games list pops into view, getting an equal amount of space, so it’s impossible to ignore.

Google has even built in some hooks for people who play games on Android phones and tablets. Because everything’s coming from the Google Play Store, you’ll likely be able to buy a game once and play it across all devices. Google is also supporting achievements, friends lists and cloud saves through its Google Play Games service, so you can switch between a phone, tablet and TV without losing any progress. The only console maker that could offer something similar is Microsoft, and it has bungled every opportunity to do so.

Will Android TV appeal to core gamers? I’m skeptical, but the involvement of gaming hardware maker Razer suggests that Google at least wants to try. Meanwhile, Nvidia’s K1 processor is the first chip to support Android TV, appearing in the reference device that Google is giving to app developers. If Nvidia brings GameStream and Grid to Android TV, it could allow for high-end gaming on cheaper set-top boxes and smart TVs.

Regardless, I suspect that the bigger prize is the demographic of users who enjoy games, but won’t take the plunge on a pricier console–the people who say “I like games, but if I bought a PlayStation 4 I’d never leave the house.” I’m 31 years old, and I can’t tell you how many people my age have said that to me when I tell them about my gaming habits. If Google and Apple can lure those people in with streaming video and music, and then show them a world of games that are easy to pick up and put down, the microconsole might not be such a joke. 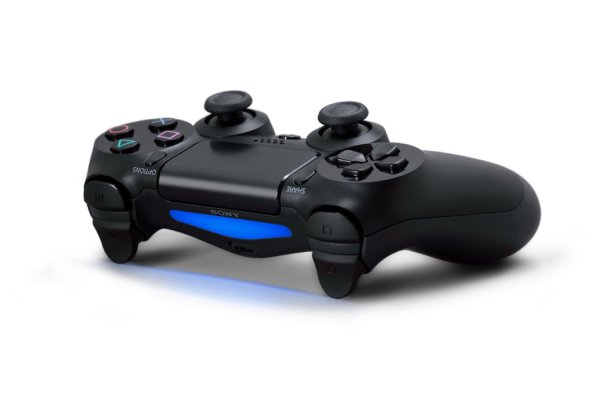 Go Ahead, Wirelessly Connect Your PS4 Controller to Your PS3
Next Up: Editor's Pick