A T-Mobile store is seen at 7th Avenue and 49th Street on March 23, 2012 in New York City.
Andrew Burton—Getty Images
By Victor Luckerson

The Federal Trade Commission accused wireless carrier T-Mobile on Tuesday of placing unauthorized charges on customers’ bills for unwanted premium SMS services such as flirting tips, horoscopes and celebrity gossip. T-Mobile generated hundreds of millions of dollars by taking a portion of the typical $9.99-a-month subscription fee charged for such services, according to the FTC.

Wireless carriers often agree to include third-party charges in customers’ monthly phone bills (AT&T customers, for instance, can pay for Beats Music as part of their cell phone plan). However, sometimes these charges are not authorized by customers and are hidden deep within their bills, a practice known as “cramming.” Several cramming companies targeted T-Mobile subscribers, but the wireless carrier continued to let them charge its customers even after there were indications of fraud, according to the FTC, which says up to 40 percent of the customers who were charged for these services asked for a refund. The FTC argues that figure should have indicated fraudulent activity.

Jessica Rich, the director of the FTC’s Bureau of Consumer Protection, said credit card companies typically investigate instances of potential fraud if at least one percent of customers claim they have been wrongly charged from a specific vendor.

“It’s wrong for a company like T-Mobile to profit from scams against its customers when there were clear warning signs the charges it was imposing were fraudulent,” said FTC Chairwoman Edith Ramirez in a statement. “The FTC’s goal is to ensure that T-Mobile repays all its customers for these crammed charges.”

Beyond allowing the charges to occur, the FTC also claims that T-Mobile made it difficult for customers to discover the charges on their own phone bills. The carrier also refused refunds to some customers or told them to try to get their money back from the scammers, according to the FTC.

The FTC will seek refunds for customers who were the victims of fraudulent charges, an amount that Rich says could be hundreds of millions of dollars. The commission will also seek a court order to ban T-Mobile from allowing cramming in the future.

The accusation of subscriber-duping undercuts T-Mobile’s customer-friendly “Un-carrier” marketing campaign the carrier has pursued in the last year. As part of that strategy, the company has gotten rid of cellphone plan mainstays, like two-year contracts and overage charges, while constantly vilifying its competitors as overly greedy.

In a statement, T-Mobile CEO John Legere said the FTC complaint was without merit. “T-Mobile is fighting harder than any of the carriers to change the way the wireless industry operates and we are disappointed that the FTC has chosen to file this action against the most pro-consumer company in the industry rather than the real bad actors,” he said.

The company is hardly the only wireless carrier that has allowed cramming. Last fall Verizon, AT&T, T-Mobile and Sprint all agreed to stop billing customers for unwanted charges from third-party services in most states. Legere also pointed out that T-Mobile already has a program in place to provide refunds to customers who felt they were fraudulently charged via cramming. 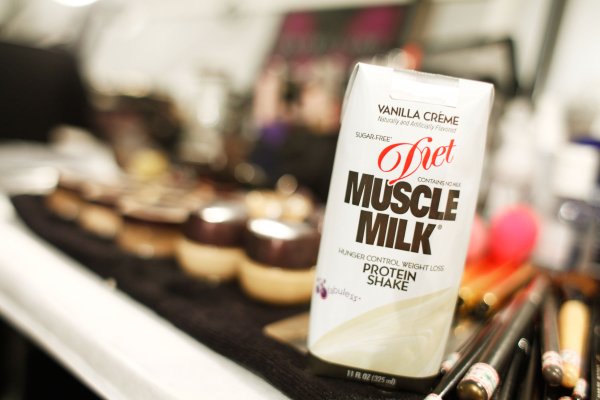 This Is How Much All That Muscle Milk Is Worth
Next Up: Editor's Pick