A day after recalling another 7.6 million cars in North America—that makes nearly 30 million this year—General Motors announced its best June sales month since 2007. The result demonstrates the company’s remarkable ability to retain consumer confidence in its vehicles—so far, at least—while at the same time highlighting its past failures. GM’s light truck and auto sales rose 1% in June, which had two fewer selling days than last year, so it’s more like a 9% increase on an adjusted basis.

Auto sales remain strong, and GM is going to get its share. It will sell some 9 million vehicles worldwide this year, so in a sense GM is pushing new cars out as fast as it’s taking defective cars in. The latest recalls include cars as old as 1997 Malibus (there won’t be many still registered) and as new as 2014 Cadillacs and Chevrolets. These most recent recalls are linked to seven crashes, including three fatalities and eight injuries, associated with a faulty ignition switch, although GM says there is no conclusive evidence the defect caused the crashes. The company is taking a $1.2 billion charge in the second quarter to pay for repairs on top of a previously announced charge of $700 million.

The vast number of these lookback recalls are the result of GM’s overhaul of its safety organization following the revelation that defective ignition switches on Chevy Cobalts and other models caused at least 13 deaths. (GM has begun paying the victims’ families compensation.) An investigation revealed that GM’s safety engineering infrastructure was calamitously culpable in failing to address the ignition switch defect even as the evidence became known. “We undertook what I believe is the most comprehensive safety review in the history of our company because nothing is more important than the safety of our customers,” said CEO Mary Barra in a statement announcing the recall. “Our customers deserve more than we delivered in these vehicles. That has hardened my resolve to set a new industry standard for vehicle safety, quality and excellence.”

The organizational failure led Barra, who’d just become CEO, to undertake a bold but risky strategy: in addition to reacting to incidents uncovered by warranty data or accident reports, the company has gone looking for trouble in the cars it has already produced. And it’s found quite a bit. Yet according to MIT manufacturing expert Steven J. Spear, author of The High-Velocity Edge, this approach could turn into a competitive advantage for GM.

But Barra’s resolve and apparent openness will also test GM’s customers’ resolve to stay with the company. Some customers, like my sister, for instance, are blasé about it, since she’s generally happy with her 5-year-old Traverse. Others may take a look around, and that’s a bad thing in the car business, where most people buy a car once every five or six years. GM sees an opportunity in the recalls for dealers fixing them to demonstrate good service. Still, some car owners will have to wait until at least October for new ignition switches for all the cars cited in the initial Cobalt recall. If they’re in the market for a new car, that might offer them reason to consider other brands.

Without a doubt, GM as well as other auto companies, are making safer cars. GM points to the fact that in the last two years its vehicles have gained recognition in JD Power’s rankings of initial quality. But nobody can make perfect cars — and given the fact that the auto companies have better analytic capabilities that can spot potentially faulty or failing designs or parts, you may have to expect more recalls as the pace of discovery increases. “It really boils down to learning speed,’’ says Spear. “Can you be the fastest learner; if you can, you win the auto industry.” Certainly, GM is taking a crash course right now. 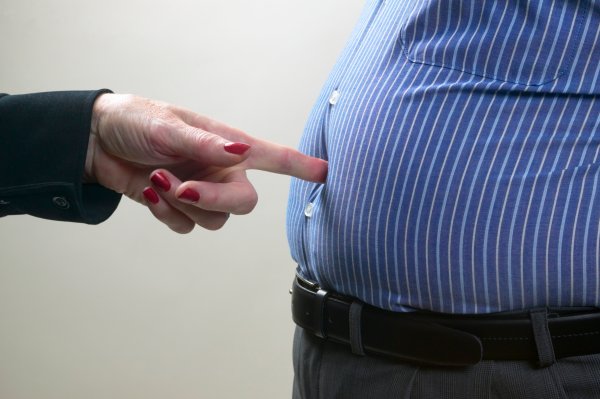 Most Baby Boomers Are Overweight or Obese
Next Up: Editor's Pick