Robin Thicke's Paula Gets His Sound Back, Not His Self-Respect

This is not a good year to be Robin Thicke. If you believe the headlines, his love life is currently in a state of unmitigated disaster, and his public image might be even worse as he releases his seventh studio album, Paula – named after his very publicly ex-wife Paula Patton. Lead single “Get Her Back” is currently less known for its throwback R&B than for its BET Music Awards debut, in which Thicke pled for his wife’s good graces, and for the music video – featuring purported text messages between Thicke and Patton, among other salacious things – that’s drawn accusations of stalking. Most recently: while Twitter Q&As are, as Nick Cave once griped, standard practice for any artist worth his PR campaign, and always draw their share of jokers, Thicke’s #AskThicke effort was thoroughly mocked from start to finish.

None of this was inevitable. It’s hard now to imagine a time when “Blurred Lines” wasn’t snark-bait, but when it came out, critics saw it mostly as a goofy takeoff of Justin Timberlake’s “Suit and Tie.” The track went on to ride the Timbaland-Pharrell resurgence to the peak of cultural ubiquity, not to mention the charts. There were basically two ways Thicke and his label could capitalize on his unexpected No. 1 hit: One, double down on Thicke’s contemporary disco-inflected soul, which had just come back into vogue — Blurred Lines had plenty of traditional R&B to go that route — or two, chase the crossover by updating Thicke’s louche-loverman image to show he’s also a man of modern times, and modern sounds (specifically EDM). Thicke chose the latter.

It didn’t work out too well. Unlike almost all of Thicke’s material to date, both follow-up singles from Blurred Lines – whooshy-synth Kendrick Lamar/2 Chainz collaboration “Give It 2 U” and solo “Feel Good” – were produced by will.i.am, and sounded like it. The former stalled at No. 25 on the Hot 100, and the latter pretty much didn’t chart at all, even on the R&B chart that’s been Thicke’s stomping ground for years, even more so lately. Moreover, the blunt come-ons of both tracks didn’t do much to dislodge Thicke’s image problem. Thanks to his sudden ubiquity and mass accusations that “Blurred Lines” was misogynistic (most of which might have been better directed at the Terry Richardson-esque nudie video than the widely misinterpreted lyrics), Thicke started coming off less as a bedside crooner than a terminally old-school sleaze, like Leisure Suit Larry. Then came the separation, then came the begging. As a result almost no one can talk about Paula without talking mostly about Paula.

But Paula, the album, is almost willfully safe. There’s no EDM, no guest rappers. Gone are the high-profile, high-BPM collaborators; instead, like much of Thicke’s oldest work, the credits are filled with august session musicians like guitarist Bobby Keyes and members of Thicke’s own band like drummer Lawrence “LB” Breaux. The album’s conversant with decades of R&B history: samples of the classics, call-and-response with female background singers (“Black Tar Cloud”), elaborate lovemaking metaphors (“Love Will Grow Back”) that evoke a PG-13 version of The-Dream. There’s very little to suggest it was recorded at any point past 1980, and it’s a delightfully pleasant listen if you forget pretty much everything about Thicke’s year.

But even the personal stuff – and there’s plenty, if you want to look for it – isn’t anything new, both in Thicke’s career (he’s long traded on the kind of happily/sexily married image that bolstered Beyonce’s latest work) as well as in a long tradition of excellent R&B. Billboard writes:

The last two albums have something else in common, too – they’ve been released when Nash and Usher were at career crossroads, specifically about how much they should tailor their sound toward a crossover. Usher pursued pop full-throttle, a decision he’s spent the past few years maneuvering around; Nash, meanwhile, floundered, his “Umbrella”-sized hits fewer and fewer and his music and image mired in increasingly ugly scandal.

With respect to Thicke, as Maura Johnston notes in Wondering Sound, 2014 isn’t exactly flooded by traditional soul. The R&B albums chart is a mishmash of new poppy efforts from Pharrell and Jennifer Lopez, old poppy efforts from Justin Timberlake, Jhene Aiko and Beyoncé, and foregone-conclusion institutions like John Legend, Mariah Carey and posthumous Michael Jackson. It’s hard to imagine Thicke in this company on sound alone. But fortunately for him, it’s a time-honored practice to goose music that isn’t exactly in sync with the prevailing sound with tabloid excitement – the music is sold with the gossip. This is how Lana Del Rey got buzz for an album of untimely alt-country and torch songs, and how Kelly released two albums of perversely (and not at all pervertedly) throwback soul, getting residual hype off all the gawkers who half-jokingly salivated for Black Panties.

Will any of this work for Thicke? “Get Her Back,” unsurprisingly, has yet to become a hit, and though there’s still time – “Blurred Lines” was a sleeper – it seems unlikely. None of the other tracks on Paula are obvious crossover candidates, either. Then again, he might not really need it. Superstardom was an odd fit at an odd time for Thicke, and Paula accomplishes two things. It reassures his core, album-purchasing fans alienated by Blurred Lines’ new sound – as Johnston writes, “the “her” [of ‘Get Her Back’] could very well be his former audience.” It also provides enough headlines of the no-publicity-is-bad-publicity variety to keep him in the pop eye. Even so, it’s a sign you’ve had an awful year when Paula is pretty much your best bet. 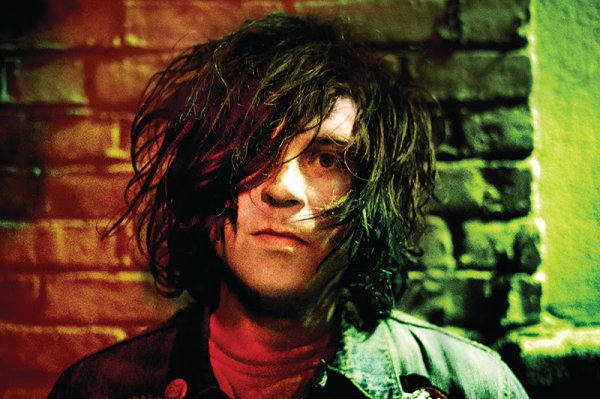 Ryan Adams Returns With "Gimme Something Good": Listen
Next Up: Editor's Pick