A Multirole Enforcement Aircraft gets modified for its border-guarding mission in Hagerstown, Md.
James Tourtellotte—U.S. Customs and Border Protection/Flickr
By Mark Thompson

As tens of thousands of Latin American youngsters stream into the southwestern U.S. illegally, the Department of Homeland Security said Monday that it is seeking up to 40 sophisticated surveillance aircraft to bolster the defense of the nation’s borders.

The border-protection agency has been beefing up its air force in recent years, after flying aging DHC-8 and PC-12 aircraft and 26 twin-engine planes that it says it had “inherited from a variety of sources.” In 2009, the agency ordered an initial lot of 10 Multirole Enforcement Aircraft—specially-modified Beechcraft Super King Air 350ERs—to begin replacing these planes.

The seven delivered to date are flying out of San Diego, Calif., and Jacksonville, Fla. The $20 million planes are outfitted with global positioning systems, weather radar, wide-area air and marine surveillance and search radar, ground-moving target indicator, digital video and audio recorders and an electro-optical/infrared camera, which allows for optimal surveillance capability during day or night. The planes have a maximum speed of 310 miles an hour, a maximum range of 1,850 miles and can fly for five hours. It carries a crew of two pilots and two sensor operators.

The agency says it is looking to buy 40 more “newly built, commercially produced, normal category, FAA-certified multi-engine turboprop/fan” aircraft. These additional Multirole Enforcement Aircraft would be used to fill “a growing requirement to support law enforcement and emergency response operations with sensor-equipped surveillance aircraft capable of collecting, recording and transmitting real-time imagery to tactical and strategic command and control coordination centers,” the Customs and Border Protection’s Office of Air and Marine says. “This aircraft will be used primarily for maritime, air and land surveillance and interdiction missions and logistical transportation of cargo and people.”

The agency says its roster of 1,200 agents “protects the American people and the nation’s critical infrastructure through the coordinated use of integrated air and marine forces to detect, interdict and prevent acts of terrorism and the unlawful movement of people, illegal drugs and other contraband toward or across the borders of the United States.” In 2013, the agency said its airplanes played a role in the seizure of of more than a million pounds of marijuana, 150,000 pounds of cocaine, $25 million in cash, 2,194 weapons, and in the apprehension of 63,562 undocumented aliens. 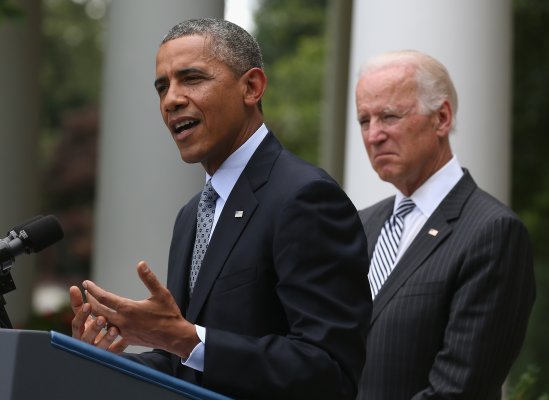 Obama Moves to Curtail Deportations
Next Up: Editor's Pick