It was one more made-up E3 theater-in-a-theater warehouse, a vaguely roundish room that was dark and full of benches and people jostling for elbow room on those benches, squeezed tight as matchsticks.

But then that amazing song by Mike Oldfield kicked in, the one that sounds like it was lifted from a classic 1970s rock album (it wasn’t). The E3 trailer for Metal Gear Solid V: The Phantom Pain played, and everyone stopped caring. See for yourself.

That’s not the live demo, by the way; it’s the E3 trailer, which has been out for awhile. If you want the experience we had at E3, you’ll want to watch the trailer first, then the 30 minute demo — that’s the new bit — below.

I scribbled notes in Konami’s E3 theater, half-blind because the house lights were off and the theater screen was often dark or dimmed. Some of those notes became questions I posed to the game’s creator, Hideo Kojima, in a one-on-one interview after the demo that focused more on the series’ broader themes. Others were hypotheticals based more on my time with the prequel, Metal Gear Solid V: Ground Zeroes — some significant gameplay issues that have me concerned about The Phantom Pain‘s attempt to put one foot squarely in 2015 while holding another stubbornly in 1998.

Remember, as you watch the demo below, that you’re looking at a pitch for a game whose premise, at least in part, is that it’s the most realistic-looking game you’ve ever seen. Never mind the Fulton recovery system hijinks or the inanity in a game this lifelike of a dude scuttling around crablike under a piece of cardboard in lieu of executing actual stealth tactics. I can get past the absurdity of some things in a Metal Gear Solid game because they’re absurd for a reason, and that reason makes sense to me and the mechanics dovetail with all the rest of the game’s stealth-oriented idiosyncrasies.

But sometimes they don’t. In the demo, for instance, (watch from about 5:00), you’ll come galloping up to a cluster of structures, pull up maybe a hundred feet away from a guarded adobe building, whip out your binoculars and start marking enemy militia.

So… the guards couldn’t see you kicking up dust a mile away (in full daylight, mind you)? Couldn’t hear your horse running full bore? Couldn’t see you riding high in the saddle like a flag? Didn’t notice you rolling from the horse, then rising to a crouch and aiming — just a few dozen feet to their left — at their heads with a gun? What’s Big Boss wearing (that Konami’s said nothing about), a horse-and-rider-masking Crysis-style stealth suit?

It’s that sort of basic weirdness, that sense of flagrant implausibility where the world’s not working the way you have a right to expect a world this realistic and lifelike to work, that starts to put me off The Phantom Pain‘s game (at least in the demo). I don’t need guards that can spy me coming a mile off, but come on: There’s a dude on a horse galloping along a dry path on a mostly flat approach to a guard-flush clutch of buildings and he might as well be the invisible man. Someone tell someone at Konami to hire better guards before The Phantom Pain ships (presumably next year). 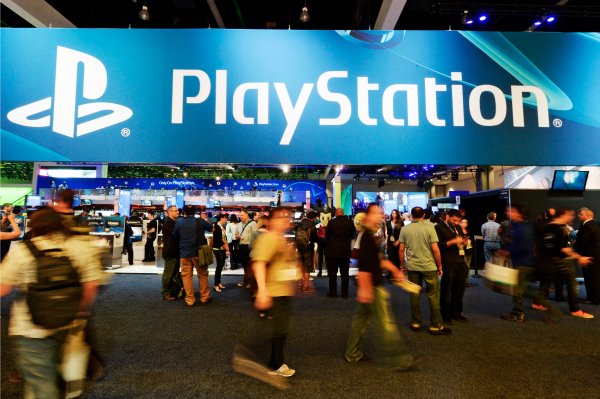 Sony Interns Create Own Game
Next Up: Editor's Pick