The death of an Ohio high school senior just shy of his graduation has officially been attributed to a caffeine overdose.

On May 27, recently elected prom king Logan Stiner, 18, came home for lunch and ingested enough caffeine powder to cause an irregular heartbeat and seizures. His brother found him dead next to the white powder.

Lorain County Coroner Steven Evans said Saturday that 1/16 a teaspoon of power has the caffeine equivalent of one can of Mountain Dew or a high-power energy drink. No one saw how much powder Stiner drank or knows where he got it from, but Evans said that it can be purchased online.

In October 2013, a British man died from a caffeine overdose after eating too many Hero Instant Energy Mints. Every mint contains the caffeine found in a can of Red Bull and the label advises taking no more than five in a 24-hour period. The coroner did not disclose how many pills John Jackson, 40, ingested.

“I am as certain as I can be that Mr. Jackson did not know he was exposing himself to danger,” said Coroner Robin Balmain, who vowed to write to the U.K.’s Department of Health regarding the potential dangers of high energy products.

In 2010, a 23-year-old man died in Nottingham, England after ingesting two spoonfuls of caffeine powder at a party with friends, which is the equivalent of 70 cans of Red Bull. The label warned to only take one-sixteenth of a teaspoon.

“Caffeine is so freely available on the internet,” coroner Nigel Chapman said, “but it’s so lethal if taken in the wrong dose and here we see the consequence.”

This article originally misstated how Lora Balka was related to the victim. She is a neighbor. 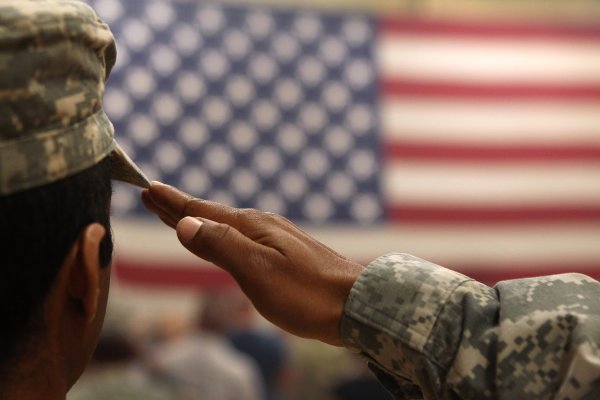 Study: Painkiller Use High Among War-Hardened Soldiers
Next Up: Editor's Pick