Indonesia Now Has the Highest Rate of Deforestation in the World

Indonesia now has the highest rate of deforestation in the world, releasing Brazil from its former title, according to a new report published in the Nature Climate Change journal.

Led by researchers at the University of Maryland, the study found that the Southeast Asian nation lost over 6 million hectares of forest between 2000 and 2012. Despite government attempts to ban logging nationwide, the deforestation rate has increased in recent years. During the final year of the study, in 2012, Indonesia lost a whopping 840,000 hectares of forest while Brazil only lost 460,000 hectares.

Yuyun Indradi, forest campaigner at Greenpeace Southeast Asia, said in a statement that the findings should serve as a “wake-up call” for greater government action to protect vulnerable wildlife and curtail greenhouse emissions. “While it was a welcome step, it’s clear that Indonesia’s forest moratorium has not worked,” he said. “Law enforcement is weak, and even the country’s national parks are being logged — but now is a critical time for action.”

The findings will likely be a recurring topic of conversation during this month’s presidential election. Rival candidates Joko Widodo and Prabowo Subianto will discuss the environment later this week during a televised debate, and Greenpeace urges both to propose viable solutions to deforestation and to encourage sustainable practices. 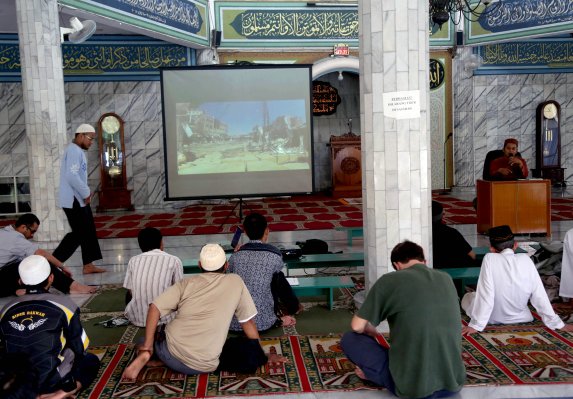 Extremists in Iraq Are Getting Funds and Recruits From Southeast Asia
Next Up: Editor's Pick