A man covers himself as he crosses a street under a snowfall in Washington, D.C. on March 25, 2014.
Jewel Samad—AFP/Getty Images
By Melissa Hellmann

A U.S. Census Bureau report released on Monday reveals that the proportion of people living in areas of poverty increased by 7.7 percentage points from 2000 to 2010. Latest figures collected by the American Community Survey from 2008 to 2012 showed that 1 in 4 U.S. residents lived in areas with a poverty rate of at least 20%.

The report, Changes in Areas With Concentrated Poverty: 2000 to 2010, compares new data with that collected in the 2000 Census Bureau to track income changes throughout the country. According to latest figures, 30% of the population lived in areas of poverty in the District of Columbia and 14 states — an increase from only four states and the District of Columbia in 2000. States that had experienced the greatest increase included Tennessee, Oregon, Arkansas and North Carolina.

Data also showed that the entire country was affected by the increase in poverty, regardless of race. Although the report indicated that minorities and households headed by single mothers were at the greatest risk of living in poverty, whites living in poor areas had the greatest proportional increase — from 11.3% in 2000 to 20.3% in 2008 to 2012.

The report’s lead author, Alemayehu Bishaw of the Census Bureau’s Poverty Statistics Branch, said in a statement that federal and government agencies would be able to use the data to provide assistance to those in need. “Researchers have found that living in poor neighborhoods adds burdens to low-income families, such as poor housing conditions and fewer job opportunities,” he said.

Despite the general rise throughout the country, the report found that the proportion of people living in poverty areas in West Virginia, Alaska, Louisiana, the District of Columbia and Hawaii actually decreased by at least 0.4 percentage points over the same period.

Most Popular on TIME
1
N.C. Supreme Court Rules on Racial Justice Act Hearings
2
How the U.S. Got Its Police Force
3
Melinda Gates Lays Out Her Biggest Concern For the Next Phase of the COVID-19 Pandemic 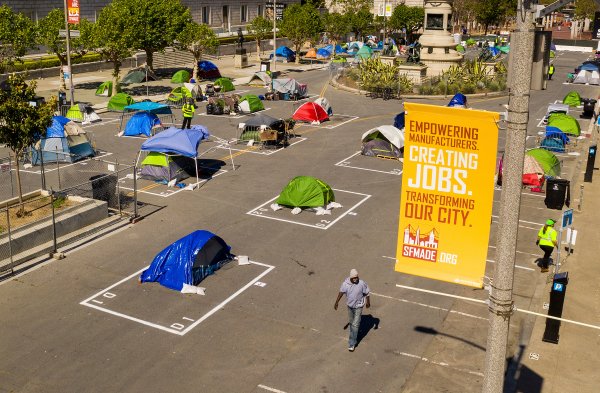