Community Is Graduating to Yahoo. Can It Get Even Weirder?

The NBC version of Community, which will return on Yahoo in the fall.
Vivian Zink/NBC
By James Poniewozik

It skated on the edge of cancellation at NBC for five years, then finally fell off. It flirted with a resurrection deal with Hulu, then it fell through. But now, having promised “six seasons and a movie,” Community will be able to deliver at least the first half of that promise, thanks to Yahoo Screen, which you may not have known was a thing until now. Under the terms of the deal, Yahoo will make 13 episodes of the series, with creator Dan Harmon and the full remaining cast (not counting the departed Donald Glover and Chevy Chase). Which means we do not–per Abed’s warning at the end of season 5–have to assume that the story ended because an asteroid destroyed human civilization.

Should it have, though? Season 5 was not the show’s best, despite a handful of inspired episodes–but assuming Harmon had a vision that needed an extra year to complete it, I’m happy to find out. Yeah, I’m ambivalent about the idea that every show with a passionate audience can and should be kept alive, even past its peak, by Netflix (which is bringing back The Killing), or Yahoo, or, I don’t know, is HotBot still around? Sometimes you need to know when to say goodbye. But even a bad season 6 of Community won’t negate the greatness of the show’s past–and it could get very interesting.

The closest comparison seems to be the revival of Arrested Development on Netflix. There too, you had a wildly imaginative show with an impassioned creator who had bumped up against the restrictions of network TV. The Netflix fourth season of Arrested Development was an entirely different beast from what aired on Fox, and in some ways it suggested that the show was better with network limitations; the time limits of commercial TV, for instance, forced the Fox version of the show to create a dense, rapid-fire language of comedy, and the Netflix version sometimes felt slack and oddly paced. But the new version was rewarding in its own ways, and to its credit, it attempted to become a new kind of show for the new format.

There’s still a lot we don’t know about the Yahoo version of Community, though early reports indicate that it will be produced more like a network show than a Netflix one: Vulture’s Joe Adalian reports that the show will likely release episodes weekly, not all at once (and that the budget will be in line with a network budget). Still, Community has been the story of Harmon’s attempt to make a sitcom be as many things as he could make it be: a cartoon, an 8-bit videogame, a pop-culture parody, and a bittersweet character story. Theoretically, a Community produced online could become even more: if Harmon needs ten minutes more (or less) for a given episode, why couldn’t he have it? If Mitch Hurwitz could create an elaborate, experimental intersecting narrative without network-TV constraints, I can only imagine what Harmon will do with that toolbox–though I also wonder how he’ll deal with not having those constraints to define himself against.

And no one should assume by now that a revived Community on Yahoo will be a lesser, cheaper Community. We’ve seen from Netflix, Hulu and Amazon (whose Transparent may be the fall show I’m most excited about) that online outlets can make TV that’s as impressive as anything on the slightly-bigger screen. Yahoo, meanwhile, should have every reason to invest in a version of Community it can be proud of. It’s been trying for a while to establish itself as a force in online video–see its hiring of Katie Couric as its global anchor. In any case, it seems fitting that Harmon, who co-founded the indie-TV/short-film website and festival Channel 101, should be part of online TV’s bid for the big time.

I’m happy for Harmon and crew that they’ve kept their show alive, but I also hope they think of this less as the sixth season of Community and more as the first season of something new. One thing’s for sure: now that the sixth season has been assured, I’m not betting against the movie, even if it has to be made entirely in Abed’s Imaginarium. 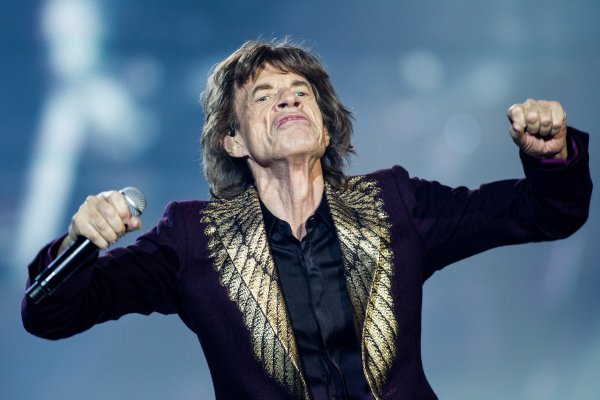 Watch Mick Jagger Prove He Can Take a Joke
Next Up: Editor's Pick