Team U.S.A. fan Gerson Sanchez, 27, during the 2014 World Cup Group G soccer match between Germany and the U.S. at a viewing party in Hermosa Beach, Calif., on June 26, 2014.
Lucy Nicholson—Reuters
By Bill Saporito

Sure we have a good chance to beat Belgium, the guy was saying. I was eating dinner in a pub near my apartment, trying to pay attention to the Yankee game, when this expert was offering his considered opinion. Name a Belgian player, the soccer snob in me wanted to ask him. Name a Belgian. I doubt he could. But then I realized what this really means. For years, U.S. Soccer, MLS and other soccer organizations have been trying to coax sports fans to become part of the global game. Now the light has gone on.

After years of interest ticking up, American fans are rushing aboard the USA bandwagon, and I’m trying to get used to it. Office work is stopping dead in its tracks when the U.S. plays, just like it does in other countries when the World Cup is on. And in gyms, bars, and on web sites, the chatter has turned to Jürgen Klinsmann’s lineup selection as well as Clint Dempsey’s broken nose and Jozy Altidore’s wonky hamstring— as if those guys were LeBron and Kobe. At the same time, it’s brought out a new group of naysayers who love to bash the game—including my fellow columnist Kareem Abdul-Jabbar, the NBA great who says soccer doesn’t match our democratic ideal that anyone can be a star. (In hoops, that means anyone who’s seven feet tall.)

As someone who has been deeply involved in the game for decades as a player, coach and journalist, the newfound popularity of the U.S. national team—19 million viewers for its last game—is a bit like Charlie Brown finally kicking the football. (Yeah, that football. ) Now what? It’s great to see that so many more people are appreciating the beauty of the beautiful game. And this World Cup has been fantastic to date.

But it has always been so. In 1994, when the Cup was here, the U.S. advance to the round of 16 was absolutely unprecedented. That Colombia game? Amazing. But even though the stadiums were filled, most of the country wasn’t paying attention. The killer win over Portugal in 2002? Hey, we beat Portugal’s Golden Generation. And that 1-0 loss to Germany in the quarters—we was robbed by that stinkin’ blind ref, remember? Nah, you don’t. The game was broadcast at 4 a.m ET. Only the nuttiest of soccer nuts watched. How about Landon Donovan’s last-gasp goal to sink Algeria in Pretoria, South Africa in 2010? You were working that day, not watching.

And now you’re watching, not working. Bravo! For me, the sea change began in the World Cup in Germany in 2006. When the U.S. played Italy, the eventual champion, to a bloody 1-1 standstill in Kaiserslautern, I watched the game from the stands with a large and noisy group of Americans, who behaved like a large and noisy group of Europeans. Later, in Nuremberg, I sat stunned at an outdoor cafe as Sam’s Army, the rapidly growing U.S. fan club, paraded by toward the stadium for the game against Ghana. It was doubly freaky—a march by U.S. soccer fans in Germany, but also along the same street the Nazis had paraded along in 1937. Strange new world, indeed.

Part of me wants to go backward. Although I grew up with the game—I lived in an immigrant-rich soccer hotspot as a kid—it became apparent that I was part of a sporting cult rather than the mainstream. Now that the tables are turning, I’m going to shut up and be happy listening to people who don’t know anything about soccer talk about the World Cup as if they’d actually seen more than one.

And as it turns out, the U.S. does have a decent shot at beating Belgium. “We’ve been able to open some teams up,” said U.S. goalie Tim Howard. “We’re not world-beaters yet, but we’re standing toe-to-toe with some big teams.” After three difficult games, the Americans are certainly pressure-tested. And as Howard has also noted, Belgium plays a style that is fairly similarly to the Germans’. The Belgians are loaded with talent such as Eden Hazard (Chelsea), Vincent Kompany (Manchester City) and Marouane Fellaini (Manchester United) . But they have hardly impressed in their group games against Russia, South Korea and Algeria, three very ordinary teams.

The key will be possession. The U.S. gave the ball away way too many times against Germany, which is why it often came back down their throats. When that happens, it’s just a matter of time before you surrender a goal. The same will be true against Belgium. The U.S. midfield, and especially Michael Bradley, has to get locked on to the ball. The availability of Altidore, a possession-minded forward, will help that cause, although he is most likely to come on as a sub. But you know that now, don’t you? Welcome to the bandwagon. Enjoy the game. 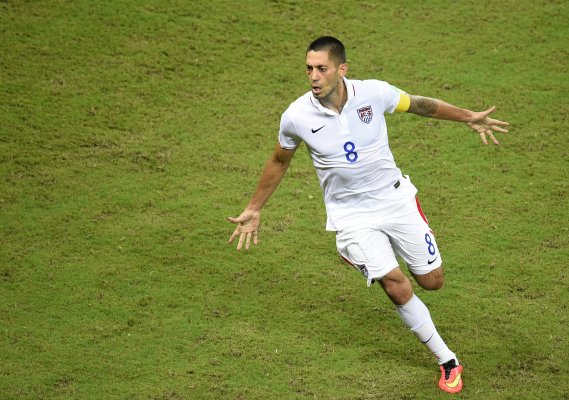 Where To Go If You Can't Make It To Brazil
Next Up: Editor's Pick