Toronto Mayor Rob Ford vowed to stay sober and continue to work for the people of Toronto on his first day back in office after a two-month rehab stint.

“I have begun the process of taking control of my life,” he said at an invite-only press conference Monday. “No matter what I do, I will never change the mistakes I have made in the past.”

Ford, who entered a rehab facility at the end of April, said he “deeply regret[s] some of the personal choices” he made in the past, which included smoking crack cocaine, using vulgar language and appearing in public while intoxicated.

“I want to to sincerely apologize not just to the people of Toronto, but every single person who was hurt by my words and my actions,” he said.

Ford called his commitment to living clean “unwavering” and said he has removed the negative influences from his life.

“I was blind to the dangers of some of the company I kept,” he said. “Those associations have ended.”

Ford thanked his family for their support, apologized to the city council for his embarrassing actions and thanked the media for giving him privacy during his stint in rehab.

Though the city council stripped him of most of his mayoral authority following revelations about his drug use, Ford, who was first elected in 2010, will continue to serve in office unless he is voted out of office on October 27.

“I am not asking for your forgiveness,” he said. “Substance abuse is a vert difficult thing to overcome, but I will keep battling this disease for the rest of my life.” 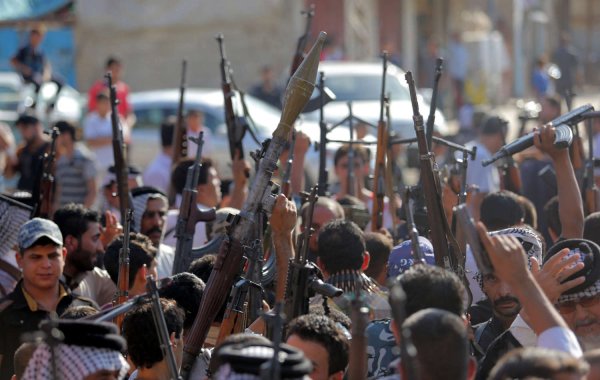 The Iraqi Government Seems Helpless to Stop ISIS
Next Up: Editor's Pick