Giorgio Chiellini shows his shoulder, claiming he was bitten by Luis Suarez, during the 2014 World Cup Group D soccer match at the Dunas arena in Natal, Brazil on June 24, 2014.
Tony Gentile—Reuters
By Nolan Feeney

Italian soccer player Giorgio Chiellini has a message for the opponent who bit him during a recent World Cup match: No worries.

Chiellini told Uruguay’s Luis Suarez on Monday that “it’s all forgotten” and that he hopes FIFA reduces Suarez’s suspension for the bite. Chiellini accepted Suarez’s apology on Twitter the same day Suarez posted a statement saying he “deeply regret[s] what occurred.” Suarez did not say the incident was intentional—only that the bite occurred as a result of a collision—but he vowed “to the public that there will never again be another incident like [this].”

Suarez was banned from the sport for fourth months. 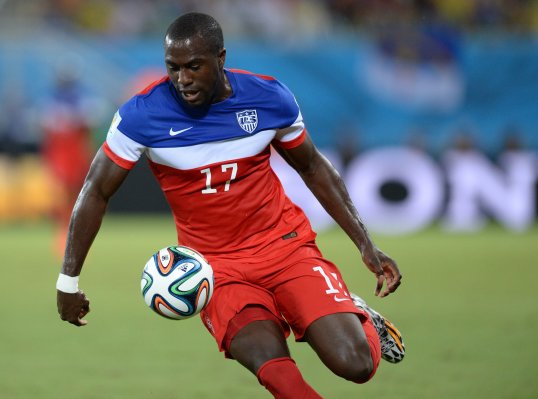 U.S. Soccer Player Jozy Altidore May Suit Up Against Belgium
Next Up: Editor's Pick