Tim Cook joined more than 4,000 of his Apple employees marching in the San Francisco Gay Pride Parade on Sunday.

Apple’s showing under the slogan “Apple Pride” was one of the strongest corporate presences at the annual parade that this year marked the 45th anniversary of the Stonewall riots credited with kicking off the gay rights movement.

The tech giant has long sided with the LGBT community, releasing a video in 2011 supporting the Trevor Project, a charity aimed at preventing LGBT youth suicide. 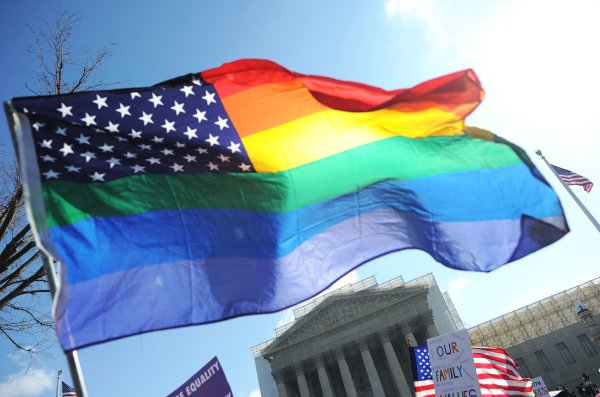