You might think you don’t want anyone controlling your brain. You might think that anyone who did want to control your brain was behaving, you know, invasively. But you’d be wrong — and that’s actually very good news.

Most of the reactions in your brain are mediated either electrically or neurochemically — or, really, a combination of the two. But given the right manipulation, light can do it too.

Nature is awash in light-sensitive proteins known as opsins, which microbes and other simple organisms use to detect different levels and wavelengths of light in their environment and react to them. For more than a decade, scientists have been experimenting with a technique known as optogenetics, which involves introducing opsins into the brain and then using light to switch certain neurons on and off, effectively controlling the behavior of a local region of the brain. (In one dramatic study last year, researchers found they could use the technique to implant false memories in mice, leading them to think they had experienced an electrical shock in a particular part of their cage, which they then avoided.)

The problem was that stimulating the opsins so that they would switch the neurons on and off as desired required threading a fiber-optic cable into the brain and sending pulses of light through it — something even a mouse would rather not sit still for. If there was ever going to be a way to use optogenetics in humans, a more benign method had to be developed.

Enter Ed Boyden, associate professor of biological engineering and brain and cognitive sciences at MIT. Boyden knew that one of the limitations of most opsins is that they respond only to green or blue wavelengths, which are pretty much stopped cold by solid objects like the bone and soft tissue that makes up the head. But red light can penetrate scalp and skull — at least a little bit. Boyden’s team thus went scouring through light-sensitive bacteria and found two that produce red-sensitive opsins. Those proteins, however, produce only a very weak photocurrent — not nearly enough to affect brain function.

So Boyden’s team — especially grad student Amy Chuong — began tinkering with the proteins, genetically engineering mutants that produced a bigger kick when hit with red light. When these engineered opsins were introduced into the brains of laboratory mice, they were able to shut down or turn on local neural activity with nothing more than a well-aimed beam of red light on the skull.

Fantastic — but why exactly would a human being want to go within 10 feet of the technology? A lot of reasons. Epilepsy, for example, is little more than an out-of-control electrical storm in the brain, and optogenetics might offer a quick and painless way to regulate it. Other neurological disorders could similarly be treated in much the way researchers are using transcranial magnetic stimulation as a means to control Parkinson’s disease, depression, migraine headaches and other conditions. The MIT team is also working with investigators at the Friedrich Miescher Institute for Biomedical Research in Switzerland to use the same protein to resensitize cone cells in the retina. If the technique proves successful in mice, in could be used to treat retinitis pigmentosa, which causes blindness by destroying the cones.

So, as with so many other scary-sounding advances in medical history, brain control is very bad — but only until it’s very good. 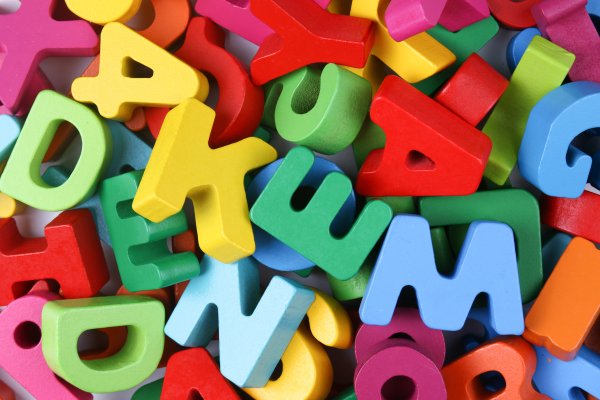 Almost Nobody Can Write This Letter of the Alphabet Correctly
Next Up: Editor's Pick