Pippa Middleton appeared on the Today show Monday morning for her first television interview ever, and banished some of the myths and rumors that have built up around her since she became the most glamorous of the Royal Family’s in-laws.

Queen Elizabeth II’s grandson’s sister-in-law told Matt Lauer about all the drama surrounding the Royal Wedding, her relationship with her sister Kate, aka the Duchess of Cambridge, and her deepest feelings about being an aunt to Prince George.

1) Misconception: Pippa knew the Royal Wedding was the most important historical event of the century.

Truth: “It sounds funny to say, but we saw it, as just a family wedding. And actually, I didn’t realize, perhaps, the scale of it until afterwards,” she said. “We all took on the the roles as any family would.” Pippa said she didn’t realize what a big deal it was until she saw the crowds from the balcony.

2) Misconception: Pippa plotted to steal the show with her form-fitting bridesmaid’s dress.

Truth: “It was completely unexpected,” she said. “The plan was not really for it to be a significant dress, really just to blend in with the train.” She added that the attention to her butt in the dress was “flattering” but “embarrassing, definitely.”

3) Misconception: Pippa’s dress is in a museum somewhere with a fiberglass model of her butt.

Truth: “It’s actually still in my wardrobe at home,” she said. “I haven’t worn it since. But I think I’ll just keep it there…I think it’s the sort of thing that I’m sure I’ll bring out if someone wanted to see it or my children one day want to see it. Then I’ll show them.”

4) Misconception: Pippa and Kate have a plot to re-take the colonies for the British Crown.

Truth: Pippa and her brother James actually just completed a 6-day bike race across the U.S. to raise money for charity, not to survey the territory for conquest.

5) Misconception: Being famous is all fun and games and hanging out with Kate at the palace and eating bon-bons.

Truth: “It’s really difficult. It’s getting used to not being entirely private, and feeling wherever I go that someone might spot me. For good or bad, it means I don’t entirely relax, especially in cities,” Pippa said. “The nature of Twitter and Facebook, people will say they’ve just seen me somewhere, and particularly in a restaurant that could be the worst, because if someone tweets in a restaurant then a photographer could show up at a restaurant and then my private dinner is not so private.

6) Misconception: It’s easy being one of the most eligible bachelorettes in England.

Truth: “I have felt publicly bullied a little bit, like when I read things that clearly aren’t true. It is quite difficult because I’m just paving my way and trying to live a life like any 30-year old,” Pippa said. “I think people feel they can say something about you online or on a web page that they would never say to your face, and they think thats okay.”

7) Misconception: The younger Middleton sister is a first-class idler with zero ambition.

Truth: Pippa actually loves to write. “There’s so much I’d love to achieve, and I want to keep up the sport and health side of things, because that’s really important to me, so trying to blend that in with my love of writing and food and entertaining.” 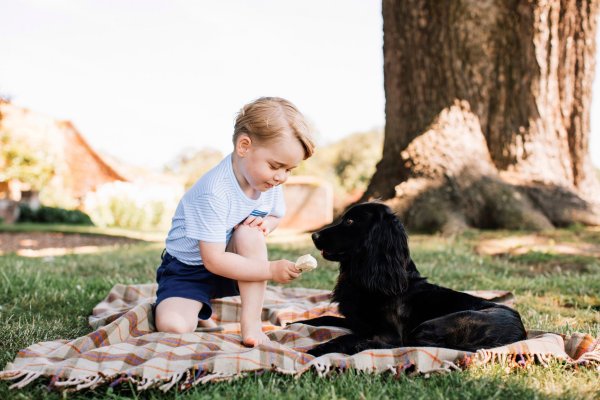 A Prince George Photo Album: See Will and Kate's Firstborn Grow Up
Next Up: Editor's Pick