In Hong Kong, Tens of Thousands March for Democracy

When typhoons begin to lash along Asia’s coastlines each midsummer, Hong Kong usually manages to escape serious damage, since storms in the South China Sea tend to lose their muster over the Philippines and Taiwan by the time they make landfall. Some locals will cheekily boast that the city, constructed across an archipelago and on a peninsula extending south of the Chinese mainland, is protected by an invisible dome that blocks out these tempests.

But weathering political storms may be a different story for the former British colony, now a semiautonomous territory under the controversial domain of the Beijing government. On one hand, inside this proverbial dome a vibrant society enjoying free press and rule of law has flourished alongside — or rather, within — the last superpower on earth to describe itself as a communist state. On the other, some conflicting visions of this duality have spurred a more existential political unhappiness in Hong Kong, one that some believe is approaching boiling point.

On Tuesday, up to 500,000 people are slated to march on the city’s central financial district, in what in years past has encompassed myriad domestic grievances while commemorating the official end of British rule 17 years ago. This year’s protest, however, forms the loudest testament yet to mounting opposition to just one thing: China.

“We have waited for democracy for so long, but year after year it’s been bad news,” 21-year-old Lee Kan-tat, a liberal student activist, said on Tuesday morning in Hong Kong’s Victoria Park, where the march starts.

The call of the day — and, for some political dissenters, of the past five years — is for “universal suffrage.” Beijing has agreed to enact electoral reforms, most importantly the direct election of Hong Kong’s Chief Executive — the territory’s highest office — by 2017, but only from a list of preapproved candidates who must be “patriotic.” Nearly 800,000 Hong Kongers voted in an unofficial plebiscite that ended on Sunday and instead called for open nominations. Beijing deemed that referendum illegal.

“The message from Hong Kong is very clear after the referendum,” added Lee, “800,000 people have spoken, and an overwhelming majority believe that the legislature should veto any reform proposal that doesn’t meet international standards.”

At present, there are 3.5 million registered voters in this Special Administrative Region, but virtually none of them have ever cast their ballot in the quinquennial elections for the Chief Executive. The position is instead appointed by a 1,200-seat election committee, whose decision ostensibly reflects both the wishes and interests of the people of Hong Kong.

Critics of the system — and there are increasingly many — scoff at this presumption. Under the Basic Law, Hong Kong’s hundred-plus-page de facto constitution, the majority of seats on the election committee are occupied by individuals hailing from Big Business and various professional sectors, with only a small fraction reserved for legislators directly represented by the people. Some point to this as a plainly and conspiratorially pro-China endeavor.

“The government created a system that is deliberately complicated,” says Emily Lau, the chairwoman of Hong Kong’s Democratic Party, with marked bitterness. “The corporations don’t want to upset Beijing — they need China to do business. So they elect pro-Chinese candidates. It’s all ‘money, money, money.’”

Within Hong Kong’s ideologically popular but politically fragmented pro-democracy camp, Lau and her party represent the moderate minority that believes some tapered form of “universal suffrage” is compatible with the current electoral system structured by the Basic Law. In other words, the existence of the election committee needn’t necessarily inhibit popular choice; what, Lau wondered aloud, if the latter had a role in determining the makeup of the former?

This isn’t to say Lau and her fellow moderates have sympathy with the pro-Beijing side. Lau, whose seat in Hong Kong’s legislature gives her an ex officio position on the election committee, has chosen to abstain from voting in past Chief Executive elections.

“It’s pointless to take part,” she says. “If you take part, you legitimize it.”

Given Beijing’s trademark stubbornness when it comes to amending Hong Kong’s constitution, Lau’s moderate stance may encourage the most pragmatic course of action. Say what you will about the Chinese government in Hong Kong, but it’s there to stay: Lau made a point to gesture outside her window to the 28-story headquarters of the People’s Liberation Army, just across the road from her office in the Legislative Council Complex.

But pragmatism doesn’t always prevail, and reactionism tends to be radical. The past five years have seen the rise of pro-democracy student groups that view a complete upheaval of the current election system as the only option, and any who oppose such a solution as traitorous to the cause of building a democratic Hong Kong.

For many of these activists, any gesture of political compromise with the Chinese government is a further sacrifice of Hong Kong’s autonomy. A civil-disobedience movement called Occupy Central threatens to paralyze the city’s main business district later this month, naturally incurring Beijing’s wrath. (Immediately after the July 1 march, a prominent students’ group is planning a rehearsal sit-in.)

“More and more young people are aware of the disappointments and failures of the Chinese central government,” says 22-year-old Johnson Yeung, convener of the Civil Human Rights Front, which organizes the July 1 protests. “We believe that civil disobedience is the best means of fighting for democracy.”

This sentiment of extremism has all but hijacked the pro-democracy stage in Hong Kong, with mixed results. While the “civil disobedience” endorsed by Yeung and the thousands marching through downtown Hong Kong on Tuesday has given an unprecedented voice to the city’s discontent with Chinese rule, it also threatens to intensify the political hostility coming from Beijing that prompted the discontent in the first place.

Last month, China released a white paper condemning the intensified push for democracy in Hong Kong, calling the understanding of the “one country, two systems” policy here “confused or lopsided,” as by definition it only operates at the behest of Beijing. On Tuesday morning, a pro-democracy group burned a copy of this document in protest.

“The radical [pro-democracy] choice is loud, and potentially destabilizing,” says David Zweig, a professor of social science at the Hong Kong University of Science and Technology. “China feels its sovereignty has been infringed upon. But it has all the authority it wants — there’s nothing to stop it. It’s their territory, and they know that.” 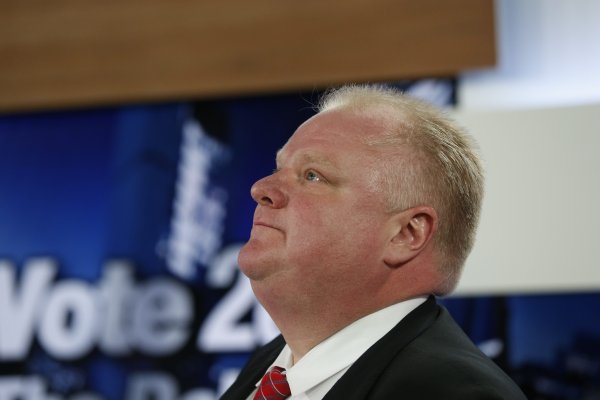