The visiting team reportedly “met with officials,” spoke “with youth at polytechnic schools” and visited the University of Computer Sciences.

According to AFP, Google’s visit was not reported in any official Cuban media.

In her blog, Generation Y, Sanchez wrote, “We didn’t ask him any questions, and we didn’t want any answers, we just told him who we are and what we are trying to do.”

U.S.-based Schmidt confirmed the business trip in a Google+ post and criticized the U.S. embargo on the Latin American country.

“Cuba will have to open its political and business economy, and the U.S. will have to overcome our history and open the embargo. Both countries have to do something that is hard to do politically, but it will be worth it,” he wrote.

Only government-approved professionals and specialists can access the Internet from their homes in Cuba. 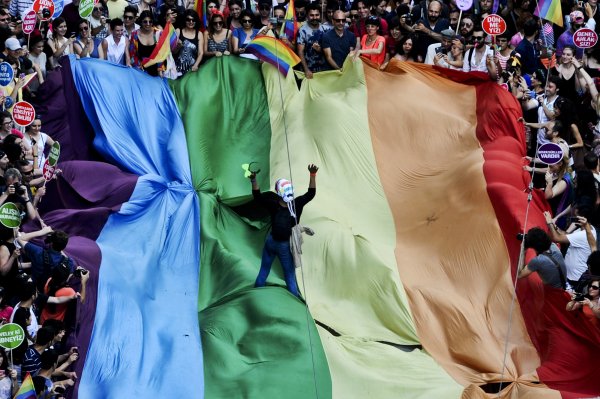 Gay Pride Parades From Around the World
Next Up: Editor's Pick