Optimus Prime & Co. hit the domestic box office this weekend with the force of an extinction level event. Transformers: Age of Extinction, the fourth film in the popular but critically panned series, took in an estimated $100 million on its domestic debut.

Those projections give Age of Extinction the country’s highest-grossing opening weekend of the year so far, according to the Hollywood Reporter, and they’re not too shabby considering director Michael Bay told TIME earlier this year that he didn’t even want to make another Transformers movie at first. There also hasn’t been a $100 million weekend opening in the U.S. since The Hunger Games: Catching Fire last November.

Age of Extinction, which is partially set in Hong Kong, also broke records in China with a $90 million debut, the country’s highest opening of all time. Taking in $201.3 million internationally, Age of Extinction’s worldwide gross is already over the $300 million mark.

No other major movie openings came close to challenging Transformers at the box office, though the domestic grosses of Maleficent and The Amazing Spider-Man 2 both crossed the $200 million mark this weekend as well. 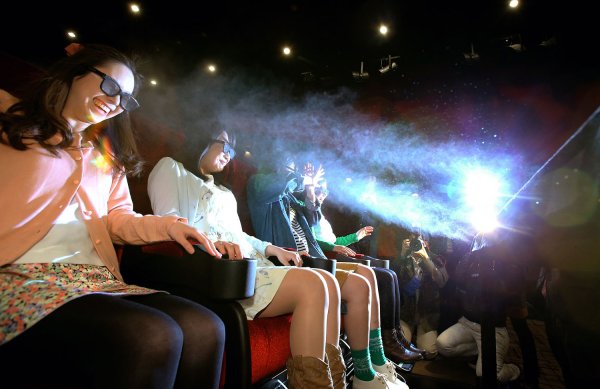 First 4D Theater Opens in the U.S.
Next Up: Editor's Pick