As a Muslim chaplain and author of two books on the Qur’an – The Koran for Dummies (Wiley, 2004) and The Qur’an and Sayings of the Prophet Muhammad: Selections Annotated & Explained (Skylight Paths, 2007) – I am often asked by Muslims and people of other faiths how to access and read the Qur’an. The question is more complicated than it may first seem.

The Qur’an has a few distinctive features that can prove challenging for people who are only used to reading Western literary works. To begin with, the Qur’an is originally in Arabic, so when the Qur’an is read in English or any other language it is, obviously, a translation. Muslims would widely claim that a translation is, in fact, by its very nature an interpretation because words and the shades of meaning they contain can be translated in so many different ways depending upon the translator’s own school of interpretation.

Furthermore, words in the translated language are understood through a cultural history that may or may not be tuned to the Qur’anic message. For example, when the Qur’an chides the kaafir this can be translated as “infidel,” “one who rejects faith,” or simply “disbeliever” – just to mention some of the common translations of the word. Each translation implies something significantly different based on how we as English speakers understand these words with our own particular historical baggage.

It may help, therefore, to compare and contrast at least two or three translations, especially when you come across a tricky word, to get a sense of the shades of possible meaning. You can even compare translations quite easily nowadays using online resources. Secondly, the Qur’an is non-chronological – meaning that it does not begin with the first revelation and end with the last revelation as the Prophet Muhammad and his community would have experienced it over the span of 23 years in 7th century Arabia. Rather, the Qur’an is ordered in the order in which the Prophet Muhammad and successive generation of Muslims recited it from beginning to end. As such, earlier revelations that the Prophet received in Mecca are usually found near the end, and later revelations which the Prophet received in Medina are usually found near the beginning.

The difference between the Meccan and the Medinan phases of revelation reflect what the Prophet and his early community were going through. In Mecca, the Qur’an preaches a message of God’s absolute Oneness, finding nobility through righteous conduct and deeds, enduring patiently through difficult times, and being certain that there will be accountability and an afterlife – reflecting the humble origins and struggles of the early movement as well as the foundational teachings of the new religion. The Medinan phase reinforces these teaching, but moves toward a more social message with communal laws and concerns addressed such as marriage, business transactions, war and interfaith relations – reflecting the Prophet and his community’s shifting fortunes as an emerging faith civilization. To understand this phenomenon and how it affects our approach to the Qur’an, I would recommend reading Dr. Ingrid Mattson’s The Story of the Qur’an (Blackwell Publishing, 2008).

Lastly, the chapters of the Qur’an – especially the earlier chapters – are largely made up of a non-linear narrative form with usually no clear beginning, middle, or end. These Qur’anic chapters read more like a stream of consciousness or a series of sermons. Stories are told, but rarely ever fully – just enough to get a theological, spiritual, or ethical message across. The key is in understanding that the Qur’an is putting forth a moral narrative in which stories, glad tidings, warnings, prescriptions, and proscriptions are all used to support a core teaching.

In other words, the shifting from one story to another or one law to another in the Qur’anic narrative is about connecting all the different ways in which human beings comprehend a message and directing them toward a belief, inner attitude, or ethical action. This is why, for example, the story of Prophet Moses is told in so many different places in the Qur’an, in bits and pieces, because it’s never really about Moses – it’s about something greater that the story of Moses illustrates. The translation that probably best reflects this coherence and flow in narrative is the marvelous translation by Abdul Haleem (Oxford University Press, 2010).

Interestingly, when the Qur’an is recited in its original Arabic there is nothing that sounds more harmonious to the ears. This is the way that Muslims experience the Qur’an – through the oral tradition. The aura of the Qur’an is found, arguably, in its recited form. It is no coincidence that the Qur’an literally means “that which is recited.” The art of Qur’anic recitation is one that is learned and mastered over years. But, even a person who does not know a word of Arabic can recognize the awesomeness of the recitation. As such, my final piece of advice would be to listen to some Qur’an – it will give you insights that cannot quite be comprehended by the mind alone. Reading the Qur’an is just as much a spiritual exercise as it is an intellectual one. 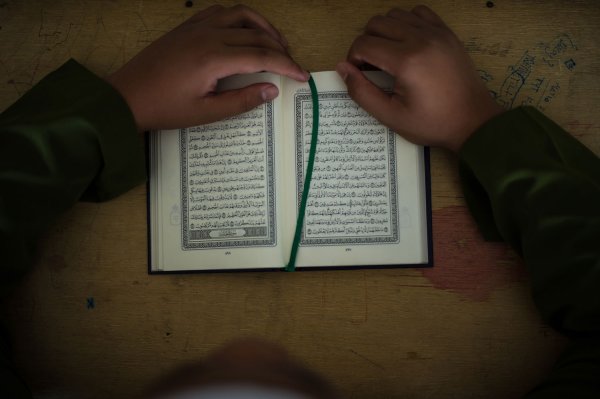 Ramadan, Day 1: What Is Ramadan?
Next Up: Editor's Pick