I just returned home to Oklahoma from Manhattan, where I spent a few days in strategy sessions with Freedom to Marry. Our visit to the Stonewall Inn, the gay bar that was a target of viciously anti-gay police raids in the 1960s, was a highlight I will not soon forget. As we played bingo and decompressed from a long day, I was struck by how small the space was and I could only imagine the panic and terror that set in for the bar’s patrons as they endured police raids. I left Stonewall inspired by its place in history, its legacy of hope and real purpose to right the wrong of violent anti-gay discrimination.

Equal protection under the law for gay couples may be possible today in Oklahoma because of the Stonewall legacy and the four courageous individuals who filed a lawsuit challenging our state’s unconstitutional marriage ban a decade ago. Without the vision and grit of Mary Bishop, Sharon Baldwin, Gay Phillips, and Sue Barton — the possibility of legally marrying my fiancée — in our home state — next year would not be possible.

While we eagerly await a decision from the tenth circuit in Bishop v. Smith, we all fully recognize our work is not yet done. The freedom to marry for all will not be guaranteed until there is a national resolution by the U.S. Supreme Court.

No matter one’s political or religious affiliation, as Americans, we believe in practicing the Golden Rule, treating others as we would want to be treated. All loving and committed couples deserve to be treated with respect and the opportunity to get a civil marriage license.

In my younger days, when I would rant to my father — a lifelong Republican — about my concerns for our state, he would tell me to go cancel out his votes. But wasn’t enough to complain or even just to vote. I had to stand up for myself as those brave people at Stonewall Inn did, and organize for equality. So I have. My father is eager to see me happily married.

While the freedom to marry is a settled question in New York and 18 other states, the conversation is happening now around the dinner table across Oklahoma. Our campaign recently aired a television commercial featuring retired U.S. Army Colonel Ed Cuyler, who stood up for his lesbian daughter’s freedom to marry. When the face of marriage equality in Oklahoma is a 60-something-year-old white, conservative, straight male from Lawton, you know the cultural climate has changed in the buckle of the Bible belt.

Oklahoma, like all of America, is ready for the freedom to marry.

Amanda Snipes, a coordinator with Freedom to Marry, is outreach and communications director for Freedom Oklahoma. 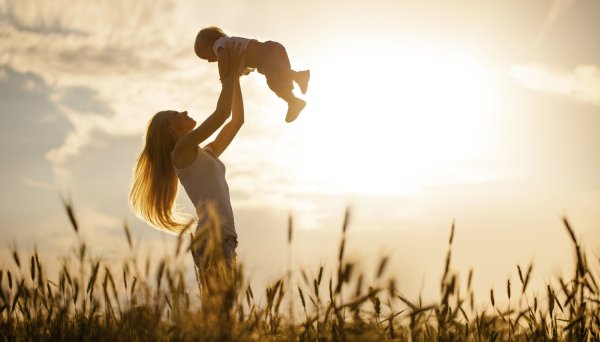 More Millennial Mothers Are Single Than Married
Next Up: Editor's Pick