Aereo's Turning Off After Big Loss at Supreme Court

Controversial TV streaming startup Aereo said Saturday it’s shutting off its services after a Supreme Court ruling against the company’s methods dealt it a major setback from which it may not recover.

Aereo’s cloud-based antenna services will be inaccessible after 11:30 a.m. ET on Saturday. CEO Chet Kanojia told customers in an email that the shutdown would be temporary while the company determines how to proceed.

“We have decided to pause our operations temporarily as we consult with the court and map out our next steps,” Kanojia said.

A Supreme Court ruling Wednesday found that Aereo should be subject to the same rules as cable and satellite companies, which pay broadcasters expensive fees to retransmit broadcasters’ content — something Aereo does not do. Because Aereo doesn’t pay those fees, the Court found its service, which provides $8-per-month streaming of broadcast television, violates copyright law. Aereo could theoretically return if it begins paying the broadcasters, but it’s not likely it can afford to do so without shifting that cost to its customers, who may be unlikely to pay more for a service that’s theoretically free.

Aereo argued before the Court that it was simply providing a remotely located antenna, making it easier for people within range of broadcasters to access the signals they could already get for free by placing their own antenna on their television or atop their house.

“The spectrum that the broadcasters use to transmit over the air programming belongs to the American public and we believe you should have a right to access that live programming whether your antenna sits on the roof of your home, on top of your television or in the cloud,” Kanoja said Saturday.

The New York City-based startup said it will refund its customers for a month’s worth of subscription fees following its loss at the Court. Kanojia’s full letter is embedded above. 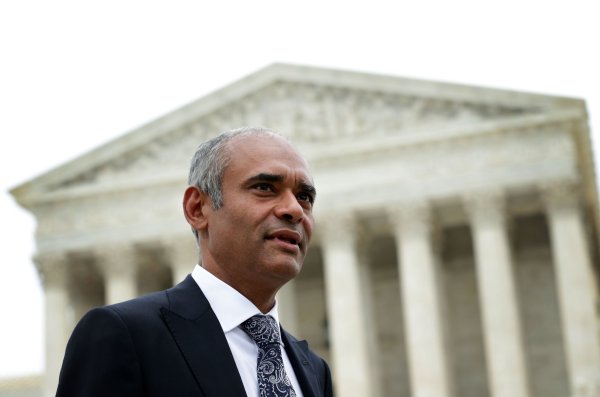