In 2025, Everyone Will Get DNA Mapped At Birth

What will the future hold?
REB Images—Getty Images/Blend Images
By Alice Park

Everybody likes to blue-sky it when it comes to technology. Driverless cars! Fat-burning pills! Telepathic butlers! But the folks at Thomson Reuters Intellectual Property & Science do it for a living—and they do it with data.

By examining who’s investing in what, who’s researching what and who’s patenting what, the group has come up with 10 predictions of innovation for 2025, which they presented at the Aspen Ideas Festival. The list included the first attempts at testing teleportation, the ubiquity of biodegradable packaging and electric air transportation.

Here’s what they say will be commonplace in medicine in a decade:

1. Dementia will be on the decline

While the World Health Organization predicts that more than 70 million people will be affected by dementia, much of it related to Alzheimer’s disease, by 2025, that upward trajectory of cases may be blunted somewhat by advances in genetics that will lead to earlier detection and possible treatment of the degenerative brain disorder.

Unlike type 2 diabetes, which generally develops when the body gradually loses its ability to break down sugar properly, type 1 diabetics can’t produce enough insulin, the hormone that dispatches sugar from the diet. Advances in genetic engineering will lead to a more reliable technique for “fixing” genetic aberrations that contribute to type 1 diabetes as well as other metabolic disorders, making it possible to cure these conditions.

3. We will have less toxic cancer treatments

Building on the promise of targeted cancer therapies, which more precisely hone in on tumor cells while leaving healthy cells alone, researchers will have a deeper knowledge of the Achilles’ heels of cancer cells, which will help them to develop more powerful and precise drugs that can dispatch tumors with fewer side effects.

4. Every baby will get its DNA mapped at birth

It’s already a trendy thing to have your genome sequenced, but today there isn’t much you can do with the information. Having that information, however, may prove useful in the near future, both for predicting your risk of developing diseases as well as your ability to respond (or not) to certain drugs. As knowledge about the genome, and what various genes, or versions of genes do, grows, so will doctors’ ability to predict health outcomes and treat patients based on genetic information. So within a decade, getting a baseline DNA map at birth could be a valuable way of preparing to lead a healthier and possibly longer life. 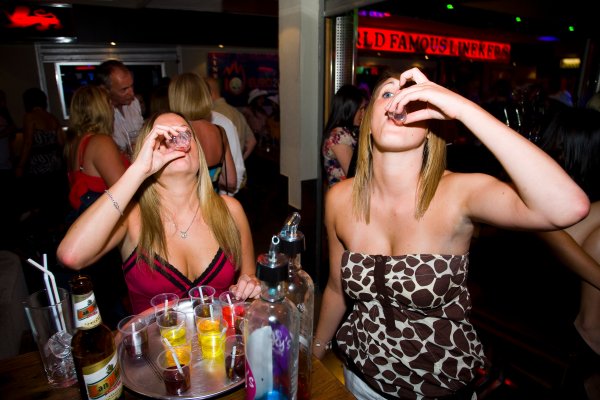 One in 10 Deaths Due to Excessive Drinking
Next Up: Editor's Pick