Italy's Giorgio Chiellini shows his shoulder, claiming he was bitten by Uruguay's Luis Suarez, during their 2014 World Cup Group D soccer match at the Dunas arena in Natal, Brazil on June 24, 2014.
Tony Gentile—Reuters
By Justin Worland

Less than a week after being bitten during a World Cup match by Uruguay forward Luis Suarez, Italian defender Giorigo Chiellini appears ready to move on.

“Now inside me there’s no feelings of joy, revenge or anger against Suarez for an incident that happened on the pitch and that’s done,” Chilleni wrote on his Facebook page Friday. “I have always considered unequivocal the disciplinary interventions by the competent bodies, but at the same time I believe that the proposed formula is excessive.”

The bite, viewed live by millions of viewers worldwide, provoked a wide range of opinions, including many who argued for harsh penalties. FIFA, the organization that oversees international soccer, ultimately banned Suarez from competition for four months and fined him more than $100,000. 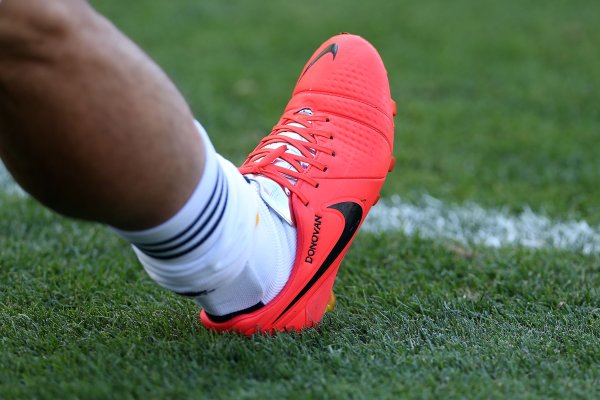 This Is How Nike Is Totally Dominating the World Cup
Next Up: Editor's Pick