It’s been a terrific World Cup, filled with goals, drama and little bit of scandal. How will it play out? Here’s a rundown of the final 16:

Brazil’s strategy has been to get the ball to Neymar and see how far he can dribble. So far, so good. The kid has the goods. But we’ve also seen that Brazil can be vulnerable. Both Croatia and Mexico, not exactly brimming with offense, gave Brazil’s defense fits. Chile has a real threat in Barcelona’s Alexis Sanchez, and enough international pedigree to make this interesting, but it’s tough to see the home side going out.

Colombia is missing its leading scorer, Radamel Falcao, through injury. Uruguay is missing its leading scorer, Luis Suarez, through idiocy. Without the talented but toothy Suarez, Uruguay’s offense has lost some bite, obviously. Colombia rollicked through group play on the wings of midfielder James Rodriguez, blasting Greece 3-0 and Japan 4-1 while besting Ivory Coast 2-1. Uruguay was a mediocre side in a mediocre group. It’s time for them to join Suarez and go home.

At what point will the Dutch disappoint? That’s always the question at major tournaments. They destroyed defending champs Spain, rolled past a game-but-outgunned Australia and dismissed Chile in a meaningless third game. Arjen Robben and Robin Van Persie have been running riot. Mexico barely qualified for the tournament, but its confidence has been growing with every game. Then again, this where El Tri typically takes El Hike.

Two of the surprise packages, the Ticos were nobody’s favorite to survive a group with England, Uruguay and Italy, but they ripped Uruguay apart then stunned a static Italy 1-0. Greece got dismembered by Colombia, drew with Japan in an awful match then let Ivory Coast gift them a penalty kick for a 2-1 win to advance. Yup: Greeks bearing gifts and all that. The Greeks are grinders; they are going to make life difficult for Costa Rica.

The French have served notice that Les Bleus sont formidable. The Nigerians have served notice that they really don’t deserve this spot, but somebody had to get it. In group play, the Super Eagles couldn’t get past the massed ranks of Iran, and beat Bosnia-Herzegovina because a linesman waved off a legit B-H goal. They aren’t likely to be so fortunate against a French team brimming with verve, what with Karim Benzema and Olivia Giroud ripping goals and a defense filled with tons of international experience.

The North Africans are a team you really don’t want to play against, because they don’t give a damn about your European pedigree. They go after it with a wide-open style that caused problems for even the fancied Belgians. But Germany is a different story. Look for Germany’s precision passing and possession to pick apart Algerian aggression. It could get ugly.

The Swiss have been entertaining all right, but there’s nothing in their play to indicate that they can compete with Argentina. The Swiss lack the speed, the talent and the depth of Argentina. They also lack the Messi of Argentina, who is putting his personal stamp on this tournament.

The Belgians may be more talented than Germany, with stars like Eden Hazard and Vincent Kompany. But they have struggled to pull away from the likes of Russia and South Korea. The Americans’ experience in escaping the Group of Death—three difficult games—has molded them into a confident crew. If the Yanks can get up a goal, they aren’t going down. 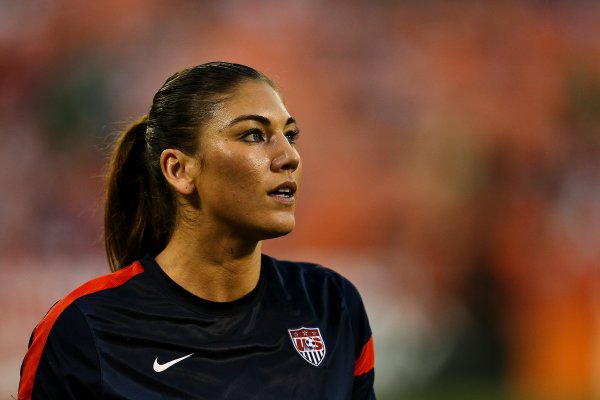