A picture taken on board a helicopter shows a US State Department helicopter flying over the Iraqi capital Baghdad as it transports US Secretary of State John Kerry on June 23, 2014, in Baghdad.
Brendan Smialowski—AFP/Getty Images
By Mark Thompson

Armed U.S. drones are flying over the Iraqi capital of Baghdad, an American official said Friday, primed to defend U.S. troops and diplomats on the ground—or to attack insurgents challenging the Iraqi government if President Barack Obama orders such strikes.

“We have the necessary forces not only to protect our own forces, but to be prepared should the President make a decision to do something more,” a senior Pentagon official said Friday. “We’ve got both manned and unmanned over Iraq, and it shouldn’t surprise anybody that some of our drones have armaments.”

The drone flights don’t necessarily portend a change in policy from Obama, who has sent military advisers to help the struggling Iraqi army fight Sunni militants taking control of swaths of the country but has said they’ll only be involved in training, not combat.

“This doesn’t mean necessarily that were going to use them—the President hasn’t made a decision to use any sort of direct action—but could the armed ones be used for protection of our advisers on the ground, of course they could be,” the military official said of the drones. “They’re also there looking for targets of opportunities. If the President decides they merit striking, sure, they’re there for that, too, but the President hasn’t made any of those decisions.”

The official likened the drone deployments to “due diligence.” Likewise, the up-to-300 U.S. troops Obama has ordered into Iraq to help the tottering government of Prime Minister Nouri al-Maliki “aren’t going into combat, but they sure are going in armed,” the official added.

MQ-1 Predators, outfitted with Hellfire missiles, have begun flying missions over Baghdad and elsewhere in Iraq from an airbase in Kuwait, a military official said.

Manned and unmanned aircraft are flying “around-the-clock coverage” over Iraq, Rear Admiral John Kirby, the Pentagon’s top spokesman, said last Friday. They are flying between 30 and 35 sorties daily. “We’re not looking at the whole country,” he added. “We’re looking at parts of the country that are obviously of greatest interest.” 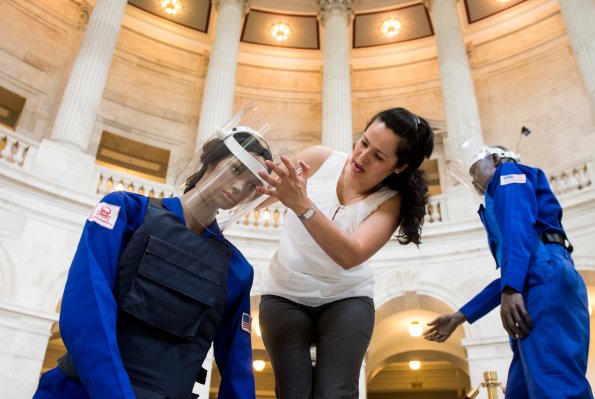