Relatives and friends of Mohammed Abu Khder, 16, carry his body to a mosque during his funeral in Shuafat, in Israeli annexed East Jerusalem on July 4, 2014.
Ahmad Gharabli—AFP/Getty Images
By Karl Vick

In the first two weeks after three Israeli teenagers were abducted on the West Bank, over 60,000 Israelis downloaded a new smartphone app designed to alert police to your abduction and guide them to the place you are being held. Then a Palestinian teen earlier this week was forced into a car and killed in what police suspect was a revenge killing, hastening development of an Arabic version of the same free software.

The SOS app was developed by the volunteer rescue service United Hatzalah, by adapting software originally designed for its state-of-the-art emergency medical response network. After the June 12 abduction of Naftali Fraenkel and Gilad Shaar, both 16, and Eyal Yifrach, 19, the software was quickly stripped down to a simple kidnap alert, offered for free online in Apple, Android and Blackberry versions.

But the app is currently offered only in English and Hebrew, the language of Israel’s Jewish majority—and until this week, the population that felt most threatened by abduction. In the 18 months before the June 12 abduction of the three teens, authorities detected more than 80 kidnap plots by Palestinian militants to snatch Israelis, driven largely by the lopsided rate of exchange an Israeli captive brings in ransom bargaining: in 2011, Prime Minister Benjamin Netanyahu freed 1,027 Palestinian prisoners for one captive soldier, Gilad Shalit.

But now Palestinians also feel vulnerable, after the abduction and murder of 16-year-old Muhammad Abu Khdeir. Local residents said an attempt had been made a day earlier to carry away a child of nine on the same street.

“The app is currently being developed in Arabic,” says a spokesperson for the nonprofit rescue service. “United Hatzalah’s main aim is to save lives—they don’t discriminate on whose lives these are.” Though the technology was funded by Irving Moskowitz, a retired American physician who has funded some of the most controversial Jewish settlements in Arab neighborhoods of Jerusalem, the service has a major operations center in East Jerusalem as well as in the Jewish west side of the city, and more than 300 Israeli Arab volunteers nationwide.

Digital media already have figured prominently in the drama of the last three weeks. Tensions over the deaths may be playing out in the streets—which in East Jerusalem erupted in riots again on Friday, when Abu Khdeir was laid to rest—but the details driving emotions have arrived from the increasingly intimate interface of devices with everyday life. Shortly after the hitchhiking yeshiva student Gilad Shaer climbed into a car that turned out to be driven by kidnappers, he discreetly opened his phone and dialed 100, Israel’s version of 911 and whispered, “I’ve been kidnapped.”

The digital recording of his call was released after the discovery of his body, and those of Naftali Fraenkel and Eyal Yifrah, and fueled not only rage at the police—who took the call for a prank—but also at the killers: The recording appears to have captured the murder. The kidnappers are heard shouting for their captive to get down, then gunshots are heard, followed by the sound one of the killers announcing in Arabic, “God bless your hands, we have brought three,” followed by singing.

Released on the day the three were buried together, the audio redoubled demands for vengeance, which appeared mostly online. The Facebook group “The People of Israel Demand Revenge” recorded 35,000 likes in two days. In Jerusalem, hundreds of Jewish extremists rampaged in the streets chanting “Death to the Arabs” and confronting people with dark skin. Abu Khadeir was forced into a car in front of his house a few hours later. Police reportedly located his charred body, barely an hour later, by tracking the signal from his cell phone to a forest on the western edge of Jerusalem.

That hour would be the amount of time it often takes police in Israel to get the court order required to track a cell signal—a major advantage of the so-called kidnap app, says Eli Beer, the founder and president of United Hatzalah, who spoke to TIME before the Palestinian youth was killed.

Beer noted that Israeli law requires a judge’s specific permission to track a cell signal, a fact that might not have changed the outcome for the Jewish Israeli teens even if the police had taken Gilad Shaer’s call seriously. But the SOS app broadcasts GPS coordinates automatically to the rescue service’s 24-hour dispatch center, from which it is shared with police. “Police need to go to judge to ask the phone company the location of [the] phone,” says Beer. “We solved that problem for the police.”

The application is simple enough: “You open the app and swipe it,” Beer explains, “and three seconds later, it sends a signal.” The lag was installed in case the alert was activated by mistake. But it can only be cancelled after entering a code, a precaution added to prevent someone else (say, the kidnapper) from canceling the alert.

The SOS app was designed by NowForce, an Israeli software company catering to first responders. It amounts to a stripped-down version of an application developed seven years ago, which located the United Hatzalah trained volunteer nearest an emergency, and dispatched the volunteer to the scene– often on a motorcycle ambulance dubbed an “ambucycle,” another of the organization’s innovations.

The system did much to trim the average response time for calls inside Israel to just three minutes, claims Beer—which he says is already the fastest response time in the world. The goal is 90 seconds, and the GPS technology in smartphones should help close the gap. “We deal with 211,000 emergencies every year in Israel,” Beer says, “so we know how long it takes to get the location correct. It’s a big part of the call.”

No calls are ignored, he says. “We don’t’ take any call non-seriously,” says Beer. “Even it sounds crank, we make 100 percent sure.” 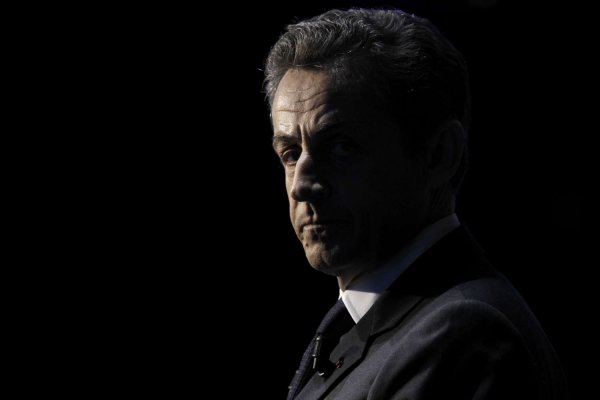 France's Far Right May Gain From Sarkozy's Woes
Next Up: Editor's Pick