This Is How Nike Is Totally Dominating the World Cup

Germany might have beaten the U.S. in a World Cup game on Thursday, but American sportswear maker Nike NKE 0.51% says it is beating German rival Adidas and others off the field in stores thanks to the tournament.

Nike reported that global sales of its namesake products rose 13% last quarter, including an 18% jump in Europe, where the Beaverton, Oregon-based company has been eating away at its smaller competitor’s market share in its home market.

Nike is now seriously challenging Adidas’ status as the world’s largest seller of soccer gear. (Nike had 14.1% of the global sportswear/footwear market compared to 9% for Adidas, according to Euromonitor.)

According to a Reuters report, earlier this week, Adidas CEO Herbert Hainer said that his company would reach its target of $2.72 billion in soccer gear sales in 2014 with the help of World Cup performances by the star players it sponsors, maintaining its lead over Nike’s $2 billion soccer haul. 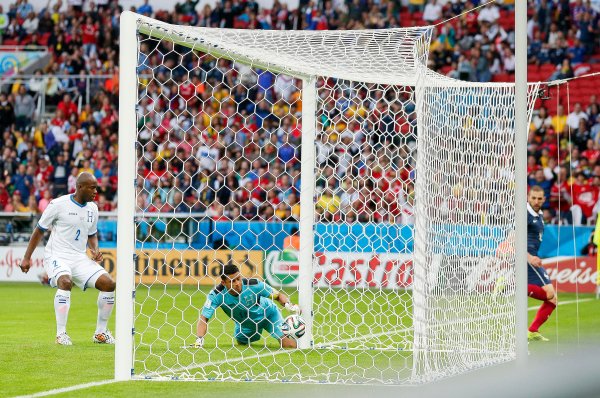 See the 29 Most Memorable Moments of the 2014 World Cup
Next Up: Editor's Pick