ABC Blows Up The View

Well, nobody said the show was called The Views. Reports Thursday morning say that ABC’s morning show The View is dropping both Sherri Shepherd and Jenny McCarthy, leaving Whoopi Goldberg (for now) as the show’s only regular panelist. Big changes had been rumored for a while, but after the departure of the show’s founder and producer, Barbara Walters, it looks like ABC is blowing up the 17-year-old show and leaving itself little time to glue together a new one.

It probably seemed as good a time as any to try to rethink and freshen up a show that’s been sluggish in its ratings and its relevancy for a while now. When The View has gotten attention recently, it’s often been the wrong kind, particularly last year’s hiring of McCarthy, which put a tacit stamp of legitimacy on her high-profile scaremongering about vaccines (and, more recently, her pitching for e-cigarettes).

Which is not to say The View is going to remake itself as a sober, high-minded policy show. At its best, The View has thrived on poking and prodding, getting together women of different outlooks and demographics to bat around whatever conversation balloons had floated to the top of the nation’s id that morning, whether it had to do with politics, culture, sex, or best of all, a combo. (The show debuted shortly before the Bill Clinton / Monica Lewinsky scandal, which could have been produced in a View hot-topics laboratory.)

This isn’t the first time the panel has had to rebuild; it went through crises last decade when Star Jones acrimoniously left and Rosie O’Donnell had a provocative but polarizing reign as co-host. The bigger problem now may be simply that there’s so much opinion out there–not just other panel shows like CBS’s The Talk but cable news, blogs and your Facebook newsfeed. In 1997 maybe The View was the one daytime show that would “go there,” but now we pretty much live there.

The View still has a brand, but now it needs to think about whether it’s enough to keep the same mission and panel makeup, or if it needs to rethink its very premise. The idea of adding a male panelist, a la Fox News’ Outnumbered, has been floated (something for the stay-at-home dads?) as has bringing back a past star like O’Donnell.

But female voices or male, new faces or comebacks, it will be a lot of change to introduce to the audience at once. How retired are you really, Barbara? 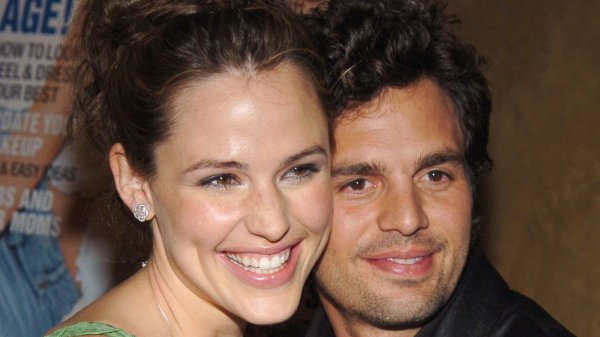 Why Mark Ruffalo Stopped Being Friends With Jennifer Garner
Next Up: Editor's Pick