We know that some people are dealt a genetically more difficult hand when it comes to obesity, as studies have shown that genes play a role in how we process high-fat and high-sugar diets. Now it’s time to cross fried foods off that list, if you haven’t already.

Of course, fried food isn’t good for anyone’s health. But a new study published in the journal BMJ found that eating fried food interacts with genes associated with obesity and can double one’s risk for becoming obese.

The researchers studied 37,000 men and women, and had them fill out questionnaires that asked how often they consumed fried food. They also assessed the participants’ genetic risk based on 32 different gene variants known to be related to body mass index (BMI) and obesity. Participants who had the highest genetic score for obesity and ate fried foods four or more times a week had a BMI around two pounds greater than those who ate fried foods once a week. But for people with the lowest genetic scores, the differences were closer to one pound. Eating fried food more than four times a week had twice the effect on the body for people at the greatest genetic risk for obesity.

But not being genetically predisposed to obesity hardly makes one immune. Another recent study published in BMJ reports that people who are exposed to a lot of takeaway restaurants around their homes or work are more likely to consume those foods, and subsequently more likely to be obese. Other research has shown that food deserts–places where fresh food is hard to come by–contribute to the obesity epidemic as well.

“This work provides formal proof of interaction between a combined genetic risk score and environment in obesity,” Alexandra Blakemore and Dr. Jessica Buxton, professors at Imperial College London wrote in a corresponding editorial. But they’re not exactly hopeful that this knowledge will made a difference. The results “are unlikely to influence public health advice,” they write, “since most of us should be eating fried food more sparingly anyway.” 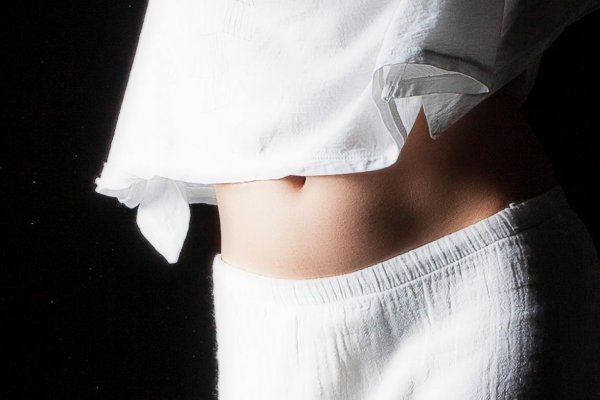 The Hidden Dangers of 'Skinny Fat'
Next Up: Editor's Pick