The Promises and Perils of Android TV

Google’s latest smart TV platform, which replaces the disastrous Google TV, seems like a mash-up of its competitors, including Apple TV, Roku and Amazon Fire TV. It’s got apps like Netflix and Songza, a store for movies and TV shows and a selection of smaller-scale games to play. It’s yet another streaming video platform at a time when there’s no shortage of them.

It’s only when I looked a little closer that I started to grasp what Google is trying to do. Android TV is more ambitious than its simple interface lets on; the question is whether it can live up to its goals.

With Android TV, the idea is for users to spend less time thumbing through menus and more time being entertained. Instead of overwhelming users with options, the interface has just three parts: recommendations on top, apps in the middle and games on the bottom. When you use an app or play a game, it moves to the front of its respective section so it’s easier reach next time.

More importantly, the recommendations section fills up over time with suggestions from your favorite apps. If you watch a lot of YouTube, related clips will start to show up. If you buy a bunch of TV shows on Google Play, you’ll see more Google Play recommendations. If you have a television that runs Android TV and you watched Game of Thrones when it aired on HBO last week, Android TV can remind you to tune in for the next episode. There’s even an app for food delivery service Eat24, which can recommend meals you’ve ordered in the past.

Google sees these recommendations as the modern equivalent of flipping through a channel guide. The key is that every app is allowed to feed into Google TV’s recommendations system, so unlike the recommendations on other platforms, it’s not just a lazy, ham-fisted way to get you to buy more premium video.

Here’s the problem, though: Although Google wants all apps to feed into the recommendations section, they’re not required to do so, and there’s no guarantee that video providers will embrace what Google is trying to do. So while Netflix already has an app for Android TV, the recommendations section doesn’t show Netflix videos. That’s a huge loss for the whole concept, and if other major video providers follow the same path, Android TV won’t be all that unique. (For that matter, many big-name apps such as HBO Go, Hulu Plus, MLB.tv and WatchESPN weren’t part of the I/O demo at all, though it’s a little early to start fretting about app support.)

In a way, Android TV’s situation reminds me of Google TV, which had a lot of big ideas on how to unify content from cable and the web. Those ideas fell apart when video providers didn’t play along, blocking their content from Google TV outright.

The difference this time is that Android TV’s basic execution looks solid, so even if Google’s broader ambitions fall through, it still has a fast, simple TV platform for apps and games. And while that’s less interesting than a complete reinvention of the channel guide, it’s better than nothing.

The first Android TV set-top boxes are coming this fall, and televisions with Android TV built-in are coming from Sony, Sharp and TP Vision next year. 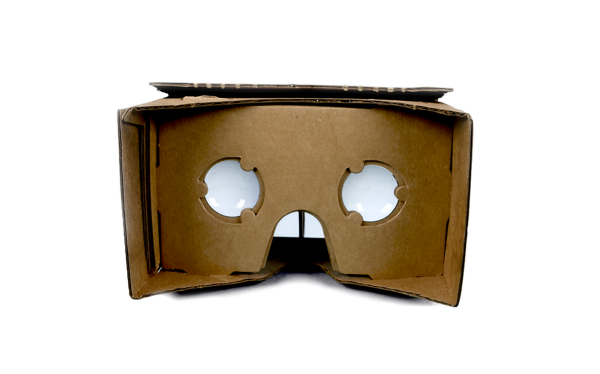 Google Just Released Its Most Low-Tech Product Ever
Next Up: Editor's Pick