A smartwatch isn’t the kind of thing you can review overnight. It takes a while to get a sense of how useful it is in daily life, how well the design works and how comfortable it feels.

But having spent the day with the Samsung Gear Live, one of the first smartwatches for Google’s Android Wear platform, I’m at least starting to form some first impressions. Here are a handful of things that come to mind after having Android Wear on my wrist for most of the day:

Deleting unwanted e-mails is my killer app: Like most other tech writers, my inbox is constantly overrun with junk–usually PR pitches that are incredibly boring or irrelevant. So far, the best part of Android Wear is the ability to delete these e-mails with a swipe and a tap, leaving only the messages that actually matter. My only complaint is that the delete confirmation stays on the screen for a half-second too long. In other words, I still can’t get rid of unwanted e-mails fast enough.

The “reach for your phone” instinct is tough to shake: There were a couple of times throughout the day when, out of instinct, I reached into my pocket see if I’d missed any notifications on my phone. Android Wear is supposed to prevent you from having to check your phone all the time, but I think this will be a tough habit to break.

I’m much more aware of Google Now, now: The problem with Google Now on a smartphone is that it’s trying to give you timely information, but you might not see it unless you take out your phone and open the Google Search app. With a smartwatch, those same Google Now cards are sitting on your wrist, where you’re far less likely to miss them. This can be annoying–I don’t constantly need to see, for instance, that my flight tonight is on time–but hopefully I’ll get enough useful tidbits to make Google Now’s presence worthwhile.

“Mute” is a must-have feature, but could be better: If we’re going to start strapping computers to our wrists, we’ll need a way to shut them off, letting people know that we won’t be constantly distracted. Cleverly, Android Wear lets you turn off notifications by swiping down from the top of the screen. It’s a great feature for any smartwatch, but it leaves me wondering why it doesn’t silence my smartphone as well.

It’s unfinished: This is currently an unreleased product, so a few bugs and missing features are to be expected. So far, I haven’t been able to get directions on the watch or respond to text messages by voice. Many apps aren’t optimized for Android Wear yet, and some of the features Google has announced won’t be available until later this year, including the ability to skip the password screen on a paired Android phone or Chromebook.

I also realize I haven’t scratched the surface of what Android Wear can do. As I spend more time with the watch, I’ll be looking for apps that work well, and testing things like Chromecast playback and music controls. The LG G Watch and Samsung Gear Live both launch on July 7, so consider these impressions a work in progress–kind of like Android Wear itself. 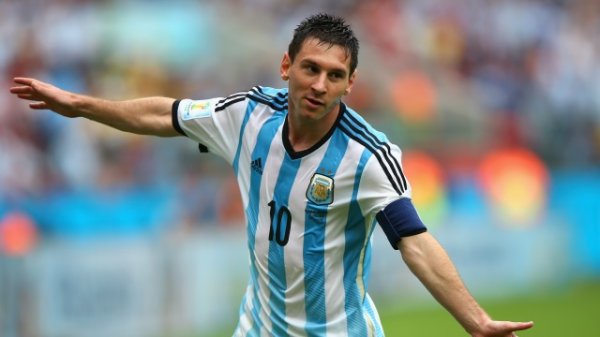 12 World Cup Teams and Their Tech Company Equivalents
Next Up: Editor's Pick