Bosnia Finds World War I Centennial Divides Instead of Uniting

Hundreds will gather in front of the Sarajevo City Hall in Bosnia and Herzegovina on Saturday evening to listen to a Vienna Philharmonic concert commemorating a historic event that unfolded only a few miles away, 100 years earlier: Gavrilo Princip’s assassination of Archduke Franz Ferdinand on June 28, 1914, widely credited with lighting the fuse on World War I. The Hall is the last site the Archduke visited before Princip shot him and his wife. Now, a century later, the Bosnian capital is gathering together regional leaders and dignitaries to contemplate—and draw lessons from—the continent’s tumultuous past.

But anyone looking through the audience on Saturday will find several missing faces, including those of the President of Serbia, the Serbian Prime Minister, and the President of Bosnia’s Serb entity Republika Srpska. The Serb leaders view the commemorative events in Sarajevo not as acts of reconciliation, but as part of a political maneuver to blame the Serbian people for both World War I and the Bosnian War of the 1990s—and are boycotting them as a result.

The site chosen to host the Saturday concert, the City Hall that reopened in May after an 18-year-long restoration, is at the center of the current feud. The building was shelled during the Sarajevo siege of 1992, a defining event in the war between Serbs, Croats, and Bosniaks—a secular term for the ethnic group once known simply as Muslims—that claimed 100,000 lives, many of them Bosniak. The renovated building carries an inscription reminding visitors that “Serbian criminals” were responsible for its destruction. “Do not forget,” the sign says. “Remember and warn!”

Nebojsa Radmanovic, the Serbian member of the country’s tripartite presidency, tells TIME he thinks the event organizers from the Federation of Bosnia and Herzegovina—one of the two political entities that comprise the country, the other being Serb-dominated Republika Srpska—are attempting to “attribute the responsibility for the beginning of the World War I and the recent wars in the former Yugoslavia to the Serb side.” Other Serbian politicians say they would never have agreed to take part in a commemoration that portrays their people as aggressors. “This concept and organization of the event has not been consented [to] by all three members of the Presidency of Bosnia and Herzegovina,” Radmanovic says.

Current Bosnian President Bakir Izetbegovic, the Bosniak member of the presidency, has rejected claims that the commemorative events are being fueled by an anti-Serbian rhetoric. “No one is aiming to ascertain history and accuse the doers of the assassinations, especially not an entire group of people,” he told local media. “We will try to round off 100 years of conflicts and derive a lesson from this century of war.”

But what lesson might that be? To this day, Gavrilo Princip’s legacy remains a divisive force in the region. Among many Serbs, Princip is celebrated as a freedom fighter who considered Bosnia a part of the Serb national territory, the same nationalist ideal that prompted the Serbs to fight the Catholic Croats and Muslim Bosnians in ’92 when the latter wanted the country to separate from Yugoslavia. “In Serbian nationalism, [Princip] is a hero, a freedom fighter,” says Aleksandar Hemon, a Sarajevo-born Bosnian-American author who moved to the U.S. at the outset of the Bosnian War. “In Bosnia, he is a terrorist.”

Princip was celebrated as a liberator in the Yugoslav period, but such honors have since been withdrawn in Sarajevo, says Ivo Banac, a Croatian historian who has written extensively about the former Yugoslavia. The steps commemorating the exact spot from which Princip shot the Archduke were a major tourist attraction in the Yugoslav era, but were removed in 1992, and the plaque that once said Princip defied tyranny was eventually replaced with a more neutral one. Serbs in Bosnia are now attempting to rectify this with a portfolio of centennial-related events unrelated to the ones in Sarajevo, including an unveiling today of a statue of Princip in East Sarajevo, a settlement to the east of the capital located in Republika Srpska.

With the 1990s war still a living presence to most Bosnians, it was perhaps unrealistic to expect the country to unite around a memorial to an older conflict, Banac says. “The memory of these events has by no means been put aside,” he explains. “I don’t see any of this as particularly healing in the context of ongoing difficulties in Bosnia.” While the rest of Europe can claim to have learned from a century marred by war, in the Balkans, the legacy of war is still being questioned, renegotiated, and disputed. “There aren’t too many neutrals on these things” in Bosnia, Banac says.

So when the Vienna Philharmonic begins tuning up on Saturday night, who will be listening? Hemon, who was in Bosnia last week, says locals know a spectacle is in store, but adds with a laugh that many Bosnians have recently been more interested in the World Cup, in which the country’s soccer team made its first-ever appearance this year. To most citizens, he says, the current tensions are only an addition to the “run-of-the-mill” disputes that have been present in the country ever since the Dayton Agreement ended the Bosnian War in 1995. “It’s like the same dance,” he says, “the same choreography, over and over again.” 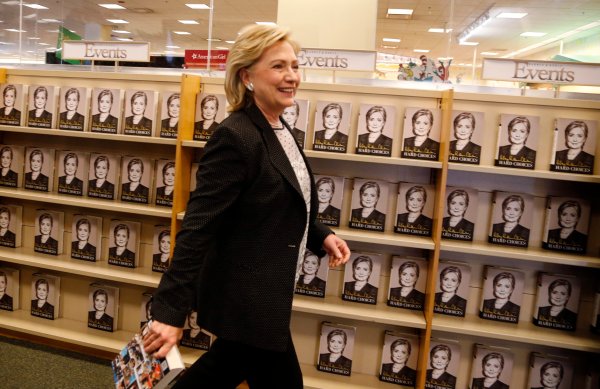